Final of three ferries in series delivered to Kitsap Transit

Written by Baird Maritime on August 2, 2019. Posted in Ferries. 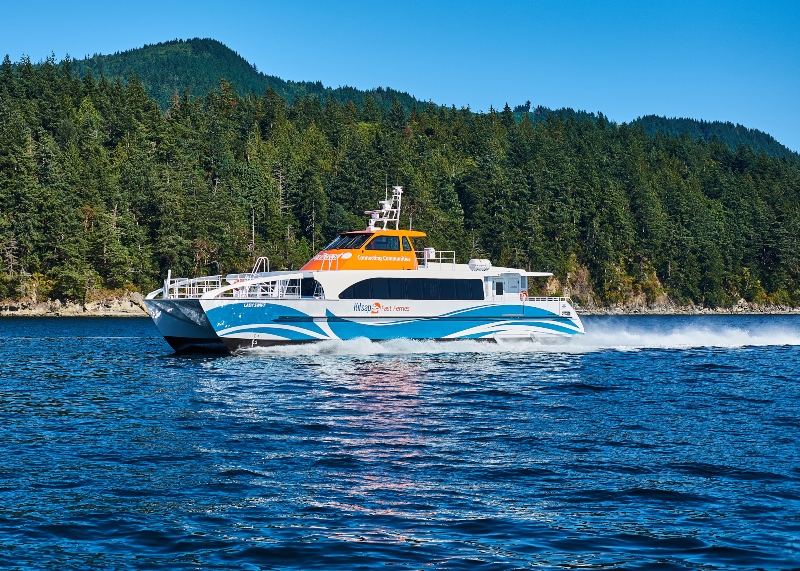 A US-based builder has delivered the final of three low-wake, high-speed passenger catamarans in a series to Kitsap Transit of Bremerton, Washington.

The aluminium alloy ferry has a length of 23 metres, a beam of 8.5 metres, capacity for 118 passengers, and a maximum speed of 36 knots courtesy of Caterpillar C18 Tier III-compliant engines.