Ferry tilts on side during unloading in Cebu, Philippines

Written by Baird Maritime on September 2, 2019. Posted in Ferries, Search and Rescue. 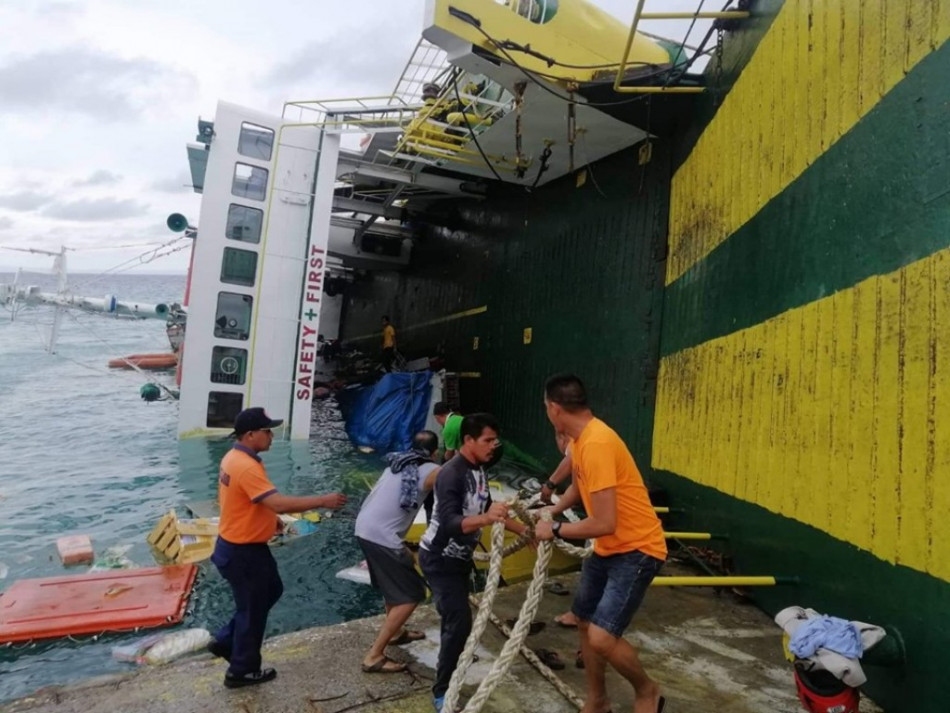 A total of 167 people were rescued after a passenger vessel tilted and ended up on its side in the central Philippine province of Cebu on Saturday, August 31.

Jomalia Shipping Corporation’s Ro-Pax ferry Mika Mari 8 had already docked at the Port of Consuelo in Cebu’s Camotes Islands and was disembarking its vehicle cargo when a 10-wheel truck encountered a mechanical problem as it was being driven off the vessel shortly after 14:00 local time.

The truck inadvertently slipped to one side of the vehicle deck, causing the entire vessel to list heavily to starboard until it ended up on its side and partially submerged.

Responding search and rescue (SAR) teams from the Philippine Coast Guard arrived at the scene to pick up survivors, some of whom were reportedly thrown into the water when the tilting occurred.

All 149 passengers and 18 crewmembers were eventually rescued. Four had suffered minor injuries and were rushed to hospital.

The coast guard began efforts to salvage Mika Mari 8 the following morning after determining that no oil had leaked from the half-sunken vessel.

Jomalia claims that approximately 3,200 litres of diesel were in the vessel’s fuel tanks at the time of the incident.