After the European summer season, which has seen the introduction of several ferries on the Italian market, such as Pascal Lota for Corsica Sardinia Ferries and Moby Dada and Moby Niki for Moby Lines; some refurbishment work (such as for the twins Sharden and Nuraghes for Tirrenia); and an increase of passenger traffic, the autumn/winter season promises a series of developments: new ships, new routes, new charters and restyling to make ships more eco-friendly. 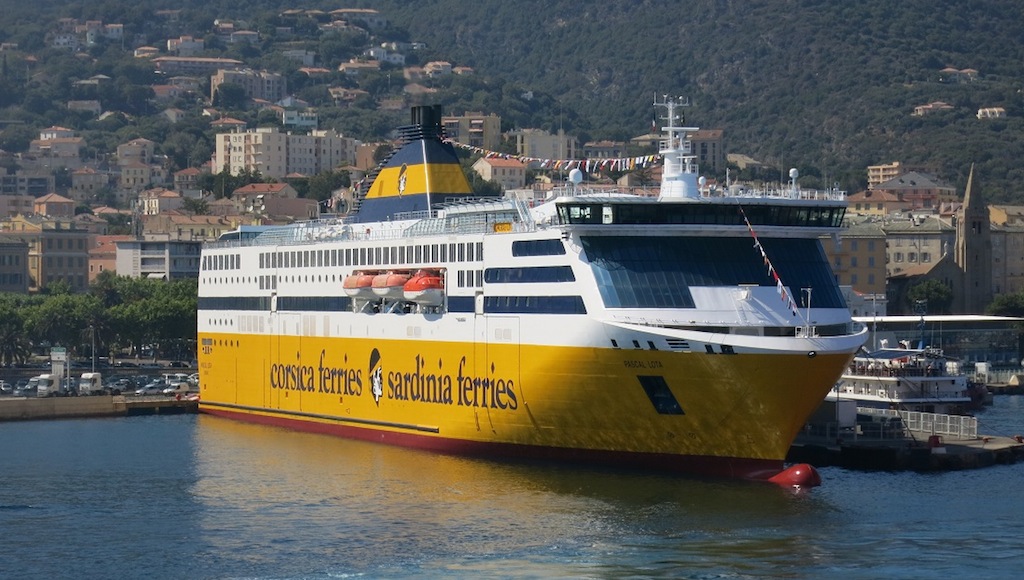 The Italian-French company Corsica Sardinia Ferries announced the introduction of a new route between France and the Balearic Islands, on September 29. From April 21, 2018, passengers will have the opportunity to reach Maiorca Island onboard one of their Mega Express-class vessels. On the route from Toulon to Alcudia (situated in the north-east coast of the island) and vice versa, two sailings are scheduled per day, with the second at night, until the end of the summer season.

“It will be the first maritime course between France and the Balearic Islands”, commented Raoul Zanelli Bono, Commercial Director of Corsica Sardinia Ferries. “And further, Toulon, the first city west of the Côte d’Azur, is only 180 kilometres away from the Italian border and it’s easily accessible thanks to the highway network for the Italian tourist.”

On September 29, at the 21st edition of the Euromed Convention, “From Land To Sea”, held in Santa Teresa Gallura (in the north of Sardinia), Grimaldi Lines announced the new Ro-Pax class called G5GG (Grimaldi 5th Generation Green Ships). Designed by the Danish firm Knud E Hansen, the first new vessel will sail from 2020.

Grimaldi Lines also announced a contract with Fincantieri for the jumboisation of the Cruise Roma and Cruise Barcelona with the introduction of 15-metre blocks, increasing capacity on the two vessels from 3,000 to 3,500. The company will also install batteries for the reduction of emissions when the ships are moored in port. The total investment is EUR60 million (US$70 million).

The Grimaldi Group recently sold its shares in Hellenic Seaways to the Attica Group, owner of Superfast and Blue Star Ferries, and in the deal Grimaldi acquired Superfast XII and HSC Highspeed 7.

Other changes in the fleet include the addition of the Finneagle, which was renamed Euroferry Corfù, and the upcoming return in January 2018, after the charter to Tirrenia, of the ferries Amsicora and Bonaria.

According to a number of Italian sources, the Gianluigi Aponte Group, which includes GNV, Gruppo Marinvest and MSC, is rumoured to have signed a letter of intent with Chinese yard Guangzhou Shipyard to design and build four new ferries with a capacity of 2,500 passengers and 3,500 linear metres for freight at a cost EUR110 million each. 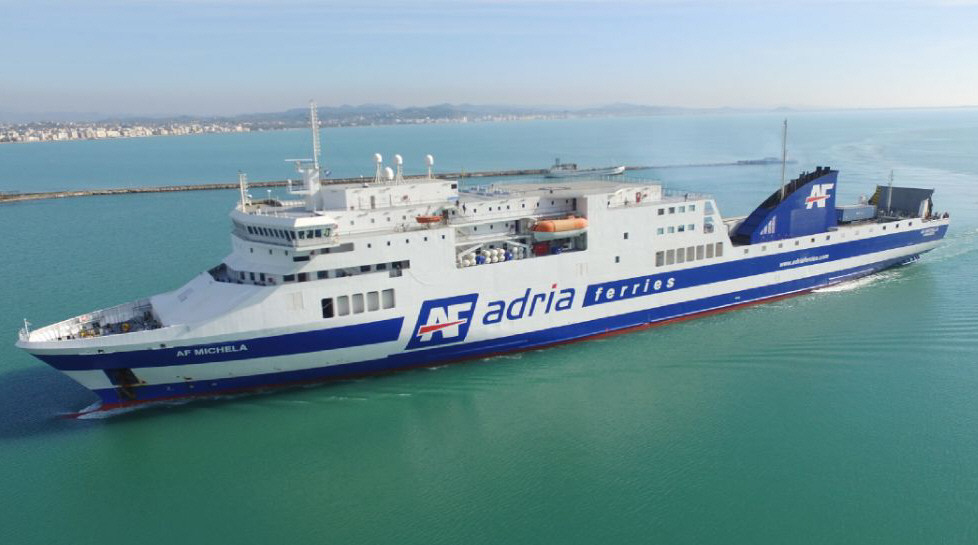 Looking to the Adriatic coast, Adria Ferries has come to an agreement with Stena Line for the charter of Stena Egeria, renamed AF Michela and introduced on the route between Trieste, Ancona and Durazzo. AF Michela was built in 2001 by Visentini Shipyard in Porto Viro. Her overall length is 186 metres, with a maximum carrying capacity of 2,050 linear metres and 950 passengers.

Finally, in November 2017, Traghetti delle Isole, based in Trapani, Sicily, chartered the Galaxy to temporarily replace the ferry Lampedusa on the Trapani to Pantelleria Island route. Galaxy can carry 1,100 passenger and 277 cars.