FEATURE | From build to implementation: the journey of three bespoke vessels for Norfolk Island

Located 1,400 kilometres east of the Australian mainland, Norfolk Island has a unique history.

Polynesian settlement, two periods as a brutal penal colony, and settlement by descendants from the mutiny on the Bounty, make for an exotic backdrop.

While the island has a well-established tourism industry catering to visitors arriving by air, getting to the island by sea has typically been more hazardous, particularly for passengers on cruise ships. There are no passenger ship wharves at the island and passengers wanting to land there have  to be ferried to and from the cruise ships – a hit-and-miss method, depending on the weather. On many occasions, rough conditions have prevented the cruise ships from launching their boats and so – without a safe  way of disembarking passengers – they simply sailed on. 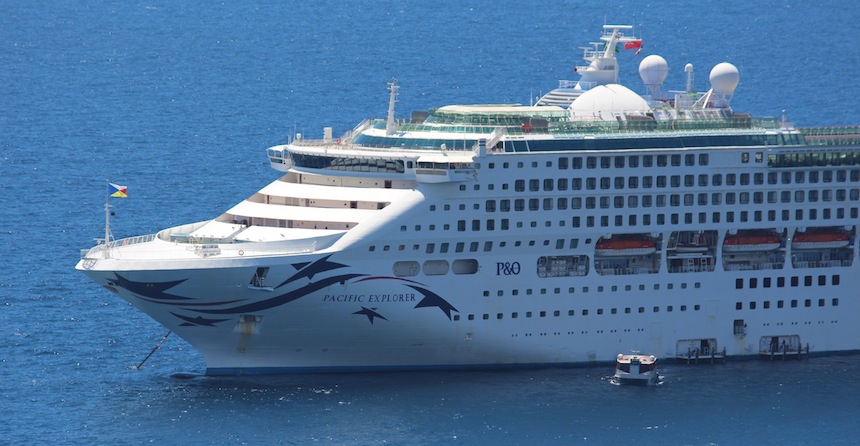 To help overcome this problem and boost tourism on the island, the Australian Government Department of Infrastructure, Transport, Cities and Regional Development agreed to upgrade the island’s wharf infrastructure and build three multi-purpose passenger transfer vessels.

Stored and operated at the island, the vessels now provide a reliable means for cruise ship passengers to explore this unique environment.

With the transfer vessels now successfully in operation, cruise companies are already talking about increasing the number of passengers coming ashore each visit.

As a result of the successful custom build, a well-planned delivery voyage to Norfolk Island and the implementation of an effective safety management system, the island’s economy is benefiting – not just from the direct spending of these visitors – but also from the multiplier effect of repeat business.

The vessels were built by Birdon in Port Macquarie on the New South Wales mid-north coast. According to General Manager, Peter Besseling, the vessels were a bespoke design to cater for the specific conditions encountered on Norfolk Island.

For instance, the vessels had to be able to tie up alongside large cruise ships and transport passengers in open water. Closer to shore they also had to be able to navigate shallow waters across coral reefs, carrying up to 90 passengers, in a vessel no more than 12 metres long.

Due to the exposed Norfolk Island coastline, the vessels also had to be capable of being lifted out of the water when not in use and transported by a specially-designed trailer to a safe storage facility.

“It’s quite a challenge to meet that criteria and design a vessel that is fit for purpose,” said Peter.

The solution came in the form of an aluminium twin-hulled  design  that uses jet propulsion instead of the usual shaft driven.. Peter said that  initially, the island’s operators took a bit of persuading on the design solution, partly because they were not familiar with jet propulsion.

“A series of trials prior to the fabrication of the vessel ensured the operators were going to be comfortable with the propulsion units and that the vessels were going to perform as expected,” he said.

Work began on the first boat at the end of 2017, with the hull and superstructure being fabricated separately and then welded together. Being such an unusual project, the first build was the most complex, with a number of changes incorporated during construction.

Ensuring the vessels’ design met all safety requirements was a key part of the build process. AMSA-accredited marine surveyor, Rowan Curtis from Broach Reach Marine, was engaged to carry out regular inspections during the build to ensure the finished vessels were ready to go into Class 1C survey on final testing.

In the meantime, children at the local school on Norfolk Island were asked to suggest suitable names for the three vessels, and so it was that, in July last year, Wana (sea urchin), Hihi (periwinkle), and Nuffka (kingfisher) were ready for final delivery.

It was decided that the safest and most efficient way to do this was to load all the equipment onto a barge and tow it to Norfolk Island.

For this task, a specialist marine logistics company was engaged – Bhagwan Marine. Bhagwan was tasked the job of transporting the three passenger transfer vessels to the island, Bhagwan opted to use a 55-metre flat-deck dumb barge fitted with a 110-tonne crane for lifting the vessels on and off the barge. The barge was towed from Brisbane to Port Macquarie where the vessels, trailer and cargo were loaded from the Birdon facility.

Bhagwan Marine representative for Queensland Tim Lovett, said the key to a successful delivery of this type is careful planning to manage potential risks and safety hazards in conjunction with clients’ requests and objectives.

Prior to departure, extensive planning took place over the weeks leading up to departure, to ensure marine-plant suitability, stability criteria, lashing plans, AMSA and class approvals, duration, contingency plans and of course a good weather window to complete the task.

Weather is a key factor, so long-range forecasting is crucial in ensuring a suitable “safe” window for the ocean passage to Norfolk Island.

“On arrival at the Cascade Wharf anchorage on Norfolk Island, we briefed all crew on the unloading procedure  and positioned the barge with the best aspect to the weather to safety unload the vessels into the water,” Tim said.

“Everything that we had planned couldn’t have gone better.”

In October, Wana, Hihi and Nuffka went into action for the first time. The cruise ship, Pacific Explorer, anchored offshore and, throughout the day, the transfer vessels were kept busy transporting passengers back and forth.

By the end of the day, more than 1,800 passengers had disembarked and spent time on the island enjoying a variety of tours and activities.

According to the cruise ship management, without the transfer vessels operating, the landing would have been deemed too hazardous to undertake.

While a permanent operator for the vessels has yet to be finalised, local shipping company Transam Argosy was engaged to carry out the initial landing. Prior to the first landing, the operators developed their own safety management system for the operation of the vessels.