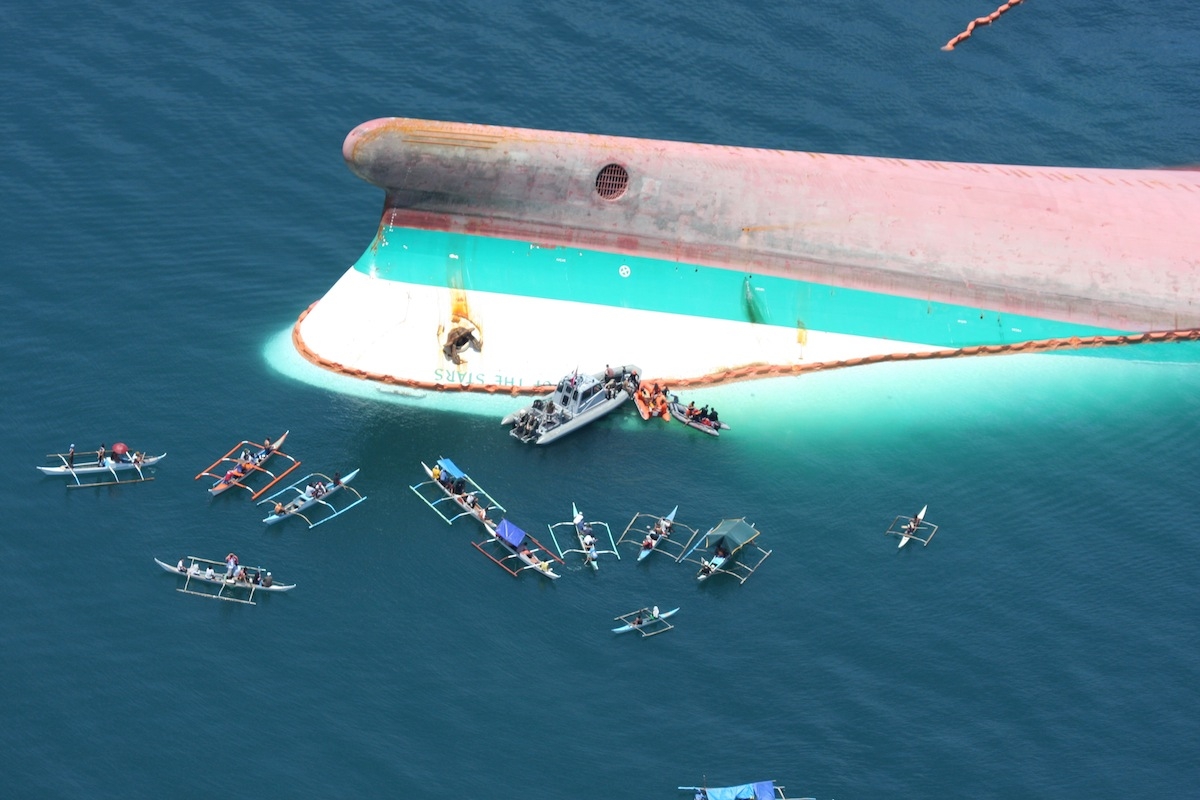 Eleven months ago, returning from twice addressing the International Maritime Organisation’s III Meeting in London, I was quite depressed. My hope in addressing IMO had been that I could persuade its member state delegates of the urgent need for substantial improvement in the safety of domestic ferries. I was well aware that IMO was a member state dominated and led organisation. However, I was not aware of just how dominated by its member states it was. Now I know why it takes so long for anything to be achieved in the hallowed halls of IMO’s magnificent headquarters building beside the River Thames.

While the representatives of the member states with few or no ferry safety problems listened to my presentation politely, those from states with some of the worst ferry safety records either walked out, complained that I was picking on them or simply failed to attend. The Egyptian delegation walked out talking loudly. The Indonesians, who had already experienced nine fatal accidents in the nine months prior to the meeting, killing nearly 400 people (four of them involving government owned vessels) complained that I was “picking on them”. The Tanzanians failed to turn up. At least they didn’t have to sit through all the crocodile tears shed following the sinking of a Tanzanian Government owned Ro-Pax ferry three days previously. That “accident” killed some 225 people, by the way.

Talk about casting seed on barren ground. Nothing useful seemed to be achieved with respect to ferry safety at that III meeting. It was very disheartening.

This was particularly depressing because six months previously I had been in London as a guest of the Lloyd’s Register Foundation at its seminar on Ferry and Fishing Boat Safety. There I met and talked with many like-minded and very positive individuals. Out of that Seminar arose LRF’s support for Interferry’s Domestic Ferry Safety Committee’s FerrySafe initiative with which I have been involved since its birth. I suppose that one win out of two London visits, wasn’t a bad result.

Further, on returning home after my disappointing second London visit, I was invited to speak at an excellent conference in Guangzhou in November organised by the Chinese Maritime Safety Authority (CMSA) in conjunction with their counterparts at the Philippines Maritime Industry Authority (MARINA). That event was a major turning point in the quest for improved ferry safety.

The CMSA is actually making significant progress. China’s ferry safety record has improved dramatically over the past decade. Now China is trying to export its methods to neighbouring countries and those further afield. Indeed, it has also been using its considerable clout to persuade IMO to change its dilatory ways with respect to ferry safety, especially domestic ferry safety.

In mid-March this year it presented a plan title “Measures to improve domestic ferry safety” for discussion at IMO’s Maritime Safety Committee’s 101st session in June. Despite the usual IMO prevarication and obfuscation, IMO has been forced by China to sit up and take notice of the domestic ferry safety problem. Of course, IMO has managed to stage its resulting deliberations on this very urgent matter to spread them over the next three years but, still, even so stalled, it is a start.

Meanwhile, China is working positively and effectively with neighbouring nations such as the Philippines and other members of ASEAN to overcome the deadly problem of domestic ferry accidents. Both China and the Philippines have gone from being among the world’s worst six countries for ferry fatalities over the fifty years to 2015 to relative insignificance since.

The Chinese and Philippines governments have developed the will to do something about the almost entirely human error caused problem of fatal ferry accidents in their countries. They have proved conclusively that a government’s will to improve is the most important ingredient of ferry safety reform. The Philippines has shown the most dramatic improvement thanks to direction from the very top. That has led to a drastic overhaul of both its policy and enforcement organisations. That, in turn, has clearly been very well rewarded by an enormously encouraging reduction in or, in China’s case, virtual elimination of ferry fatalities.

The more dilatory IMO member states such as, but not only, Indonesia, Egypt, Tanzania, DR Congo, Myanmar, Bangladesh, India and Nigeria all have disgraceful ferry death tolls. Their lack of interest in improvement has obviously infected IMO overall. My two days in IMO headquarters revealed to me that the wider IMO membership was generally more interested in emissions, delegate perks and titles than in human lives. Most member country delegates may address each other as “Your Excellency”, but, believe me, they are generally very far from excellent.

This is particularly disappointing because there are numerous first rate senior IMO employees who are very conscious of the domestic ferry fatality problem. They simply are unable to beat the system of a member state led organisation like IMO when too many of its member states are totally disinterested.

That is where China and the Philippines governments come in. They have shown that reforms need not be notably expensive or disruptive. They just require the will to reform at the top levels of government. It is to be hoped that the wider IMO membership will soon take notice of the very important message from China and the Philippines and take it home to their political masters. Ferry safety can be economically improved and that improvement can lead to important and very valuable political rewards.