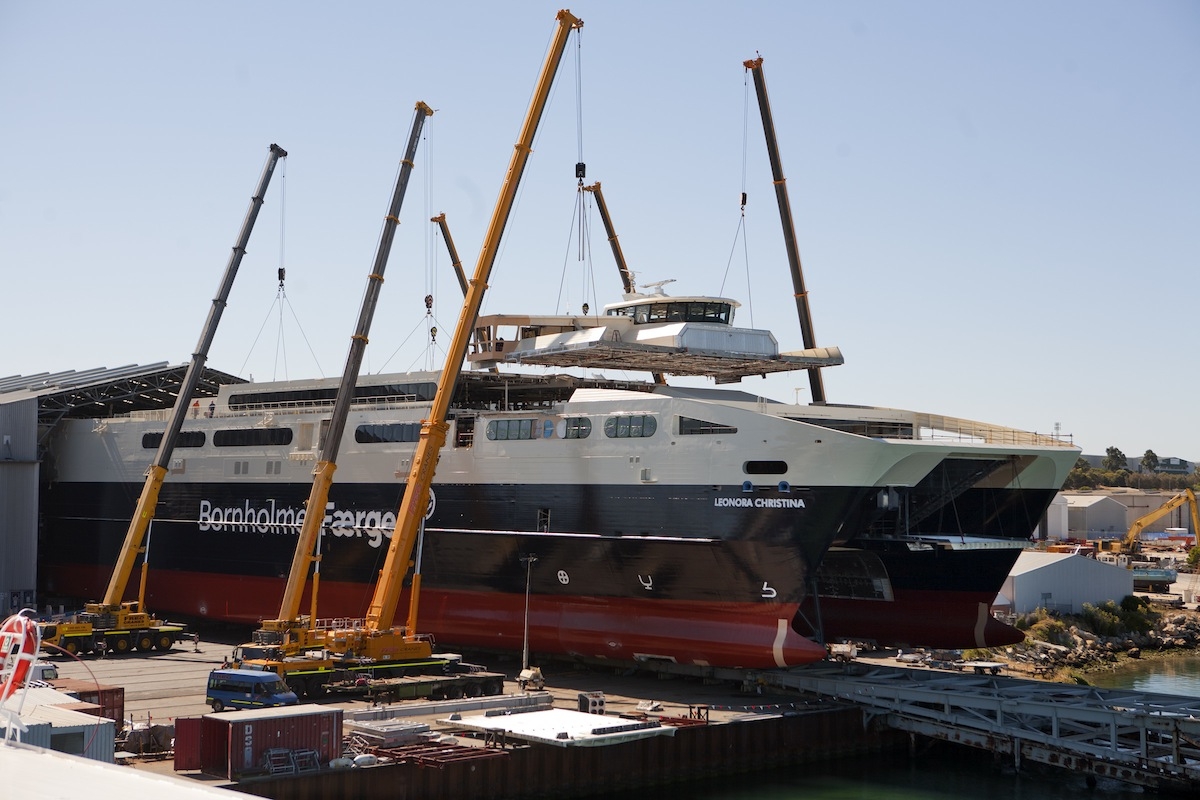 It may not be quite a boom but, nevertheless, exports of Australian designed and built ferries and ferry designs are flourishing. The major yards Austal, Incat and Richardson Devine Marine are all very busy with order books very near full. A large proportion of those new ferries are for export.

The global market for multihull ferries, both Ro-Pax and passenger only, is very strong. Apart from the also excellent Damen Shipyards of the Netherlands and Brodrene Aa of Norway, there is little other competition in that market.

In any case, even if the vessels are not built in Australia, they will very likely have been designed here. Indeed, One2Three Naval Architects, Incat Crowther and Sea Transport Solutions, among others, are all seeing numerous ferries built to their designs in the United States, the United Kingdom, China, Indonesia, the Philippines and elsewhere.

Expatriate Australian naval architect/shipbuilder Paul Birgan is busy in Thailand with some of his very economical vessels even being delivered to Australian owners.

While it is not quite as hot as in the mid-nineties boom, it is an exciting time and this market seems to have longer-term substance. Many orders are from repeat customers but, increasingly, new customers are following their lead as they realise how successful the Australian ferries are in operation.

The market is now truly global with a wide variety of configurations being delivered to a large number of countries on all continents except Antarctica – perhaps it will be next! 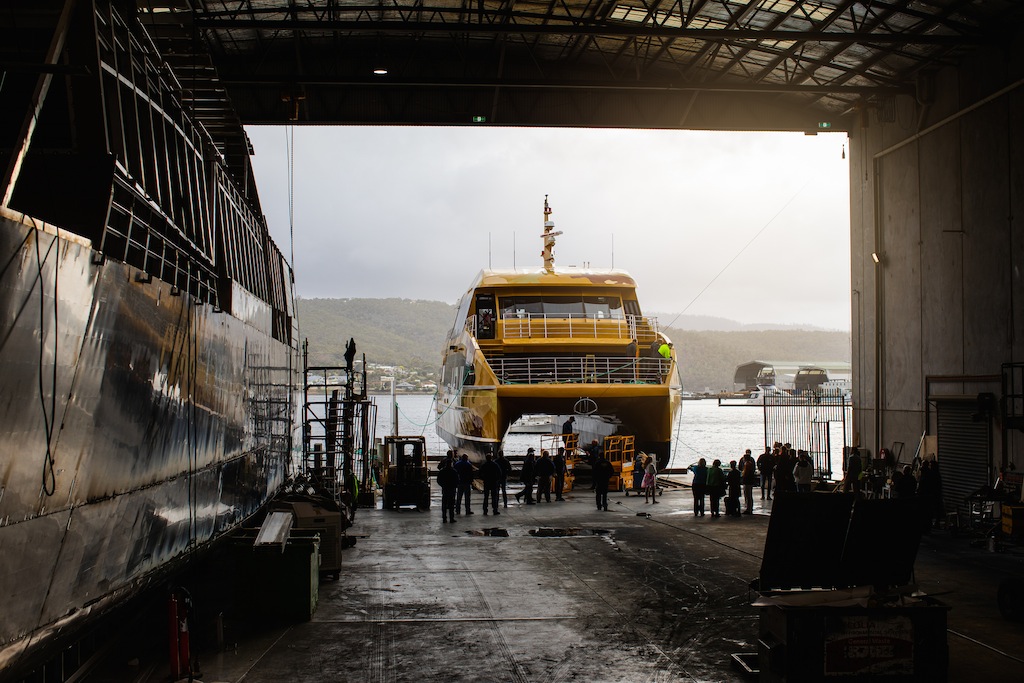 The current generation of ferries are highly refined with all the major builders and designers now having been in business for at least three decades. They know what they are doing and can build upon a vast body of knowledge that has been accumulated over that period.

There is also now a significant body of owners with considerable experience of operating the multihull fast ferries that Australia specialises in. Indeed, there are even a couple of owners who specialise in refurbishing and re-using second-hand Australian ferries.

The latter seem to be doing very well. Aluminium ships, if properly maintained, have very long lives and are relatively inexpensive to refit, re-furbish and modify. They can even be restored after suffering a major guided missile hit!

As well as refinement, Australian builders and designers are continually making production improvements that reduce both costs and delivery times. The aluminium fast ferry business has become pretty slick of late.

Gradually, the ferry owning world is awakening to the many distinct advantages of multihull ferries in terms of safety, economy, comfort, reliability and passenger preference as well as speed and turn-around times.

With around 2,000 ferry passengers dying in accidents annually, multi-hulled ferries, which have by far the best safety record of all ferry types, are gradually being acknowledged as the way to go.

The Baird Maritime Passenger Vessel Accident database tells us that conventional, monohull Ro-Pax ferries, for example, are responsible for 33 per cent of ferry fatalities annually while multi-hulled ferries account for well under one per cent. Australian ferries have an almost unblemished record. The two significant fatal accidents involving them were both clearly due to operator error.

The Philippines, for example, which until recently was one of the world’s most dangerous places for ferry travel, is changing dramatically. A new breed of Filipino ferry owners such as Archipelago Fast Ferries is changing the face and reputation of Philippines ferry travel with Australian designed catamaran ferries.

Indeed, the Philippines has become a building hub for Australian designed fast ferries with Austal rapidly expanding its operation and output at its yard in Cebu. Other local builders are following suit.

Most Chinese catamaran fast ferries have been designed or built in Australia, sometimes both. The Pearl River delta is replete with many dozens of them and many more are currently under construction.

Scandinavia, the United Kingdom, the Mediterranean, North, Central and South America, Tanzania, Nigeria, the Gulf and much of Asia are showcases of hundreds of examples of Australian designed and/or built catamaran and trimaran ferries. There will be many more there over the next few years.

Although you wouldn’t know it from the way the Australian government treats the aluminium ship building industry, Australian designed and built ferries have become an important export earner for the country.

It is an industry with a distinct competitive advantage which the current low dollar enhances very effectively. It is a great but largely unappreciated contributor to the Australian economy. Long may it remain that way.