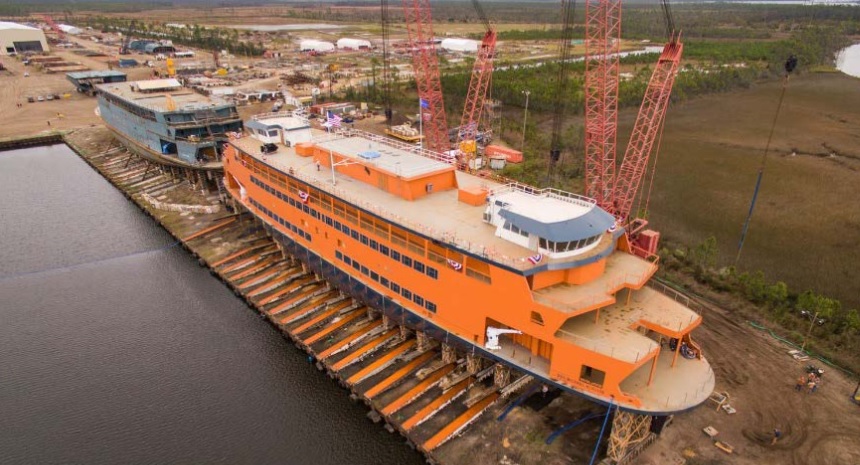 The vessel honours US Army Staff Sergeant Michael H. Ollis, a Staten Island native who was killed while serving in Afghanistan in 2013.

SSG Michael H. Ollis and the two other Ollis-class ferries were designed by Elliott Bay Design Group. Each vessel will have an LOA of 97.5 metres, a moulded beam of 21.3 metres, a design draught of 3.9 metres, a crew of 16, and capacity for up to 4,500 passengers.

The ferries will operate daily between the boroughs of Staten Island and Manhattan.