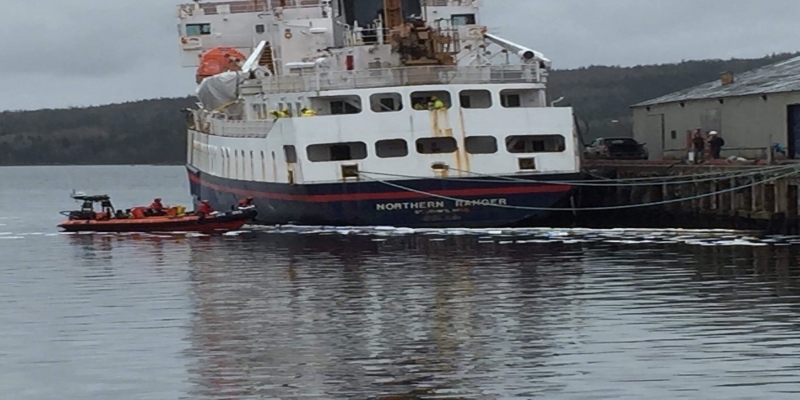 Canadian Coast Guard environmental response teams have been deployed to Lewisporte Harbour in Newfoundland after a passenger vessel moored at the harbour accidentally discharged oil into the waters of Burnt Bay on Saturday, June 1.

The Department of Fisheries and Oceans (DFO) confirmed that the waste oil tank on the decommissioned government-owned ferry Northern Ranger had overflowed and had spilled some of its excess contents over the side of the vessel.

The reasons for the overflow and the quantity of waste oil that had spilled are yet to be determined, the DFO added.

The coast guard has since despatched an inshore rescue boat to deploy a containment boom around Northern Ranger.

The ferry was decommissioned late last year after having served the Nain-Happy Valley-Goose Bay route since 1986.