Written by Baird Maritime on November 30, 2017. Posted in Ferries. 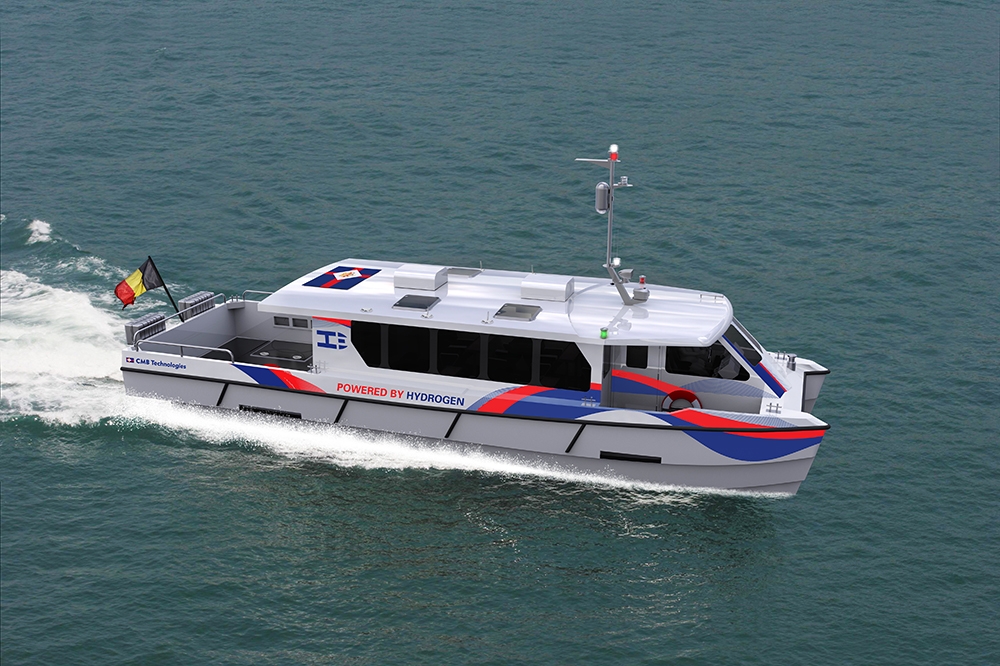 Believed to be the world’s first accredited passenger vessel powered by hydrogen in a diesel engine, the Hydroville catamaran is being used as a pilot project to test hydrogen technology for applications in large seafaring ships.

CMB said the advantage of hydrogen was that no carbon dioxide, atmospheric particulate matter or sulphur oxides were released during combustion.

The shuttle will also commute daily between Kruibeke and Antwerp during peak times, to provide CMB employees with efficient, environmentally-friendly transport to and from the office.

Powered by two dual-fuel combustion engines with a total capacity of 441kW, Hydroville has 12 hydrogen tanks (205 litres at 200 bars) and two 265-litre diesel tanks as ignition and back-up fuel.

It has a maximum speed of 27 knots and a cruising speed of 22 knots.

The company opted for combustion engines because batteries or fuel cells were economically unviable for heavy transport, such as ships and aircraft.

The 14-metre-long Hydroville is fitted with 16 seats that can be set up in three configurations (commuting, meetings and cinema).

There is an outdoor passenger deck at the stern, a small galley and toilet. The ship also has onboard wifi and built-in USB chargers.