Written by Baird Maritime on December 21, 2017. Posted in Ferries. 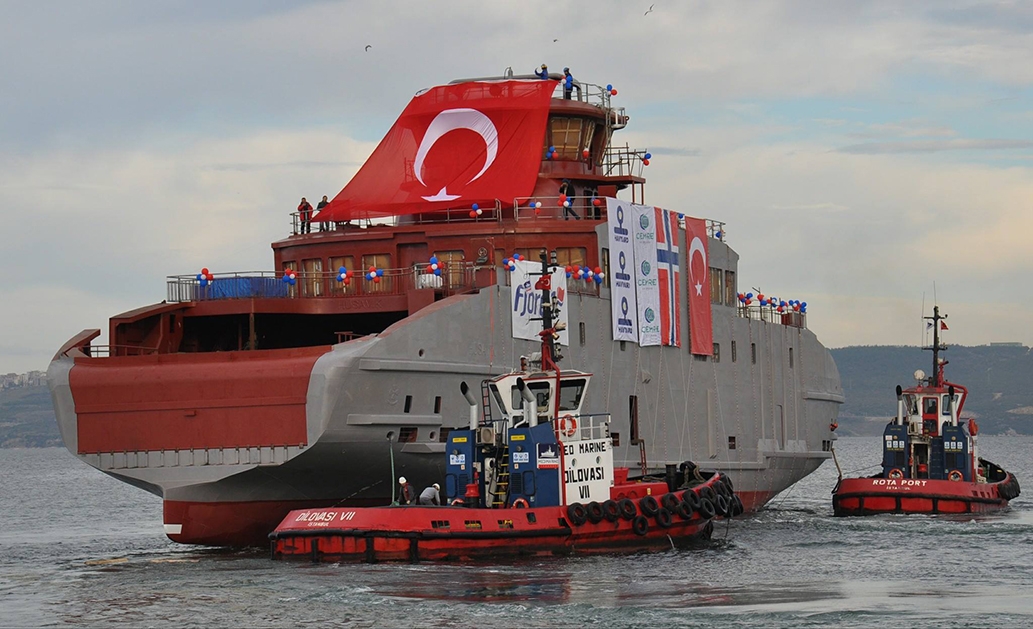 The second of three electric ferries being built for Norway’s largest ferry company has been launched at Cemre Shipyard in Turkey.

The first ferry for Florø-based Fjord1, Husavik, was launched on December 9.

They were designed by Multi Maritime and Havyard Ship Technology.

Two of the ferries to be constructed will operate between Brekstad-Valset.

The third will operate between Husavik and Sandvikvåg in the county of Hordaland.

Fjord 1 has also signed a contract with the Havyard Group for the design and construction of five new ferries to operate on the Hareid-Sulesund and Magerholm-Sykkylven connections.

The 111-metre ferries can carry 120 cars each. Three will operate in Hareid-Sulesund and two in Magerholm-Sykkylven.

All five ferries will operate with zero- and low-emission technology.