BOOK REVIEW | Women of the River: The Supatra Story Through the Century 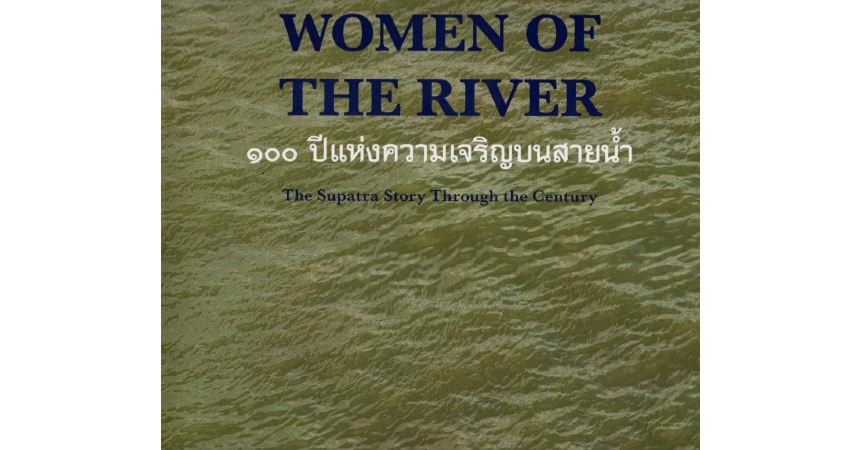 The story of the four generations of dynamic women who have directed the activities of the Supatra/Chao Phraya ferry and property group are not as well known as they deserve to be. Despite their ferries being a constant and very obvious presence on Bangkok’s almost holy Chao Phraya River and their building developments adorning its banks, the Supatra family and group are little known beyond Bangkok.

This beautifully presented book, which has been published to mark the centenary of the group’s founding, makes a significant improvement to its wider public visibility. It is a very fine record of the remarkable journey of the group from very small beginnings and always with a very determined woman at the helm. It is a wonderful history of a family, a river, a business, a city and a country.

Having known the family quite well for a quarter of a century, your reviewer was still surprised and impressed with what he learnt from this book.

While some of the photographs could be dismissed as “happy snaps,” their inclusion is important as they faithfully record the Supatra journey from cross river sampan operators in 1920 to the highly reputable owners of a vast fleet of increasingly modern vessels a century later. Despite their useful royal connections, the Supatra women have faced all the trials and tribulations of developing a small business into a big one.

The family has always valued education and determination at least as highly as connections. This has paid off admirably as has their international curiosity resulting from their extensive travel and education in the best foreign institutions.

The current chairperson, Supapan Pichaironarongsongkram, is the granddaughter of the founder, Khunying Boonpan Singholaka, who, despite being a mother and a nobleman’s wife, was a natural entrepreneur. She saw an opportunity, grasped it, and built upon it. When her daughter, Khunying Supatra Singholaka, took the helm, the company grew on ever-firmer foundations, not least of which seem to be the genetic ones.

Khun Supapan has trained her daughter, Khun Natapree, who currently runs the family’s property operations and has obviously inherited her mother’s business genes, to succeed her. A very impressive young woman, she should do very well.

Other family members, executives and employees have not been forgotten in this wide-ranging family business history. Notable throughout is the group’s very effective general manager Khun Farn Sritrairatana, Khun Supapan’s nephew.

This is an inspiring story that has been well told and beautifully presented.