BOOK REVIEW | Hovermarine: The Rise and Fall of a Pioneer in the High Speed Marine Market 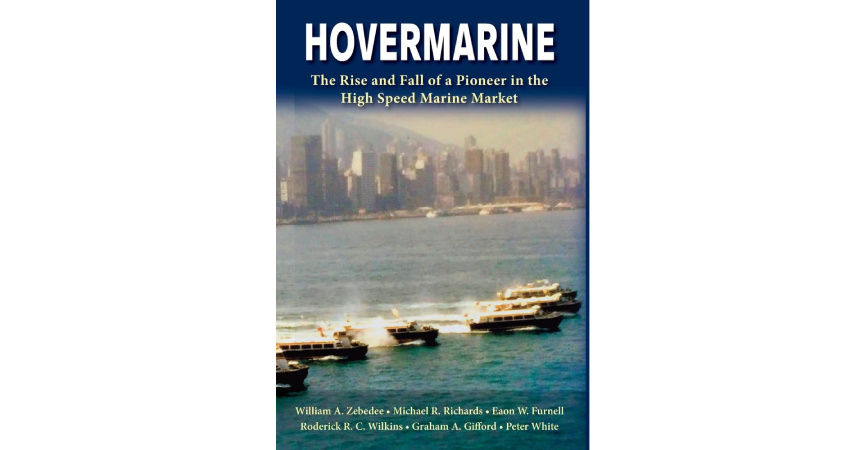 This book presents a brilliant case study of a business against a background of national decline and terminal product complexity. It has been distinctively but fascinatingly compiled. It’s an excellent, rewarding and educational read and, at the same time, an important reminder of the dark ages of British industry. For this reviewer, it is all the more interesting because he knew some of the players and was familiar with the company’s products.

Hovermarine was established at one of the worst possible times in British commercial history and was funded by the later bankrupted London merchant bank Baring Brothers. Other crosses it had to bear were the incompetent successive British governments of Harold Wilson, Ted Heath and “Sunny Jim” Callaghan and a prevailing “born to rule” and “damn the reality” attitude in British business at the time.

Further problems Hovermarine had to face were its British aviation industry antecedents, which ensured the unnecessary and ultimately fatal complexity of its vessels, and the usual perils of pioneering.

Its vessels were far too complex and expensive, to buy or operate, to ever be viable, even under government or oil company ownership. However, the company’s employees, from top to bottom, tried valiantly to make them a success. Despite their heroic efforts and the sale of more than 100 craft, they never really had any hope.

The novel presentation of the book reveals all and brought back all that this close follower of the company’s fortunes himself recalls. The descriptions of some of the board meetings, board lunches and expenses – that were the norm in Britain at the time – would be hilarious if they were not so tragic.

The infallible British hubris, which your reviewer experienced and observed plenty of, is eloquently described as is the obscene arrogance of some of the unfortunate company’s least useful directors.

The authors and their supporters are to be congratulated on producing a masterpiece of business and maritime history.