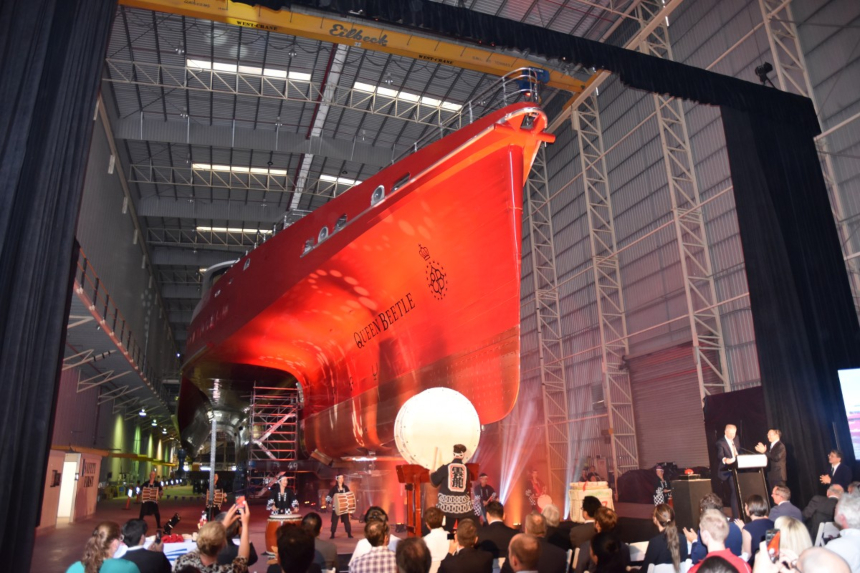 The vessel, which will sail under the name Queen Beetle, is currently under construction at Austal’s Henderson shipyard and is scheduled for launch in mid-March 2020.

The ferry will be delivered to its new owners in June and will commence regular operations in July. It will transport a maximum of 502 passengers at speeds of up to 37 knots on the 115-nautical-mile route between Fukuoka and the South Korean city of Busan.

Austal CEO David Singleton said Queen Beetle will be the first high-speed trimaran ferry to be delivered to and operate in Japan.