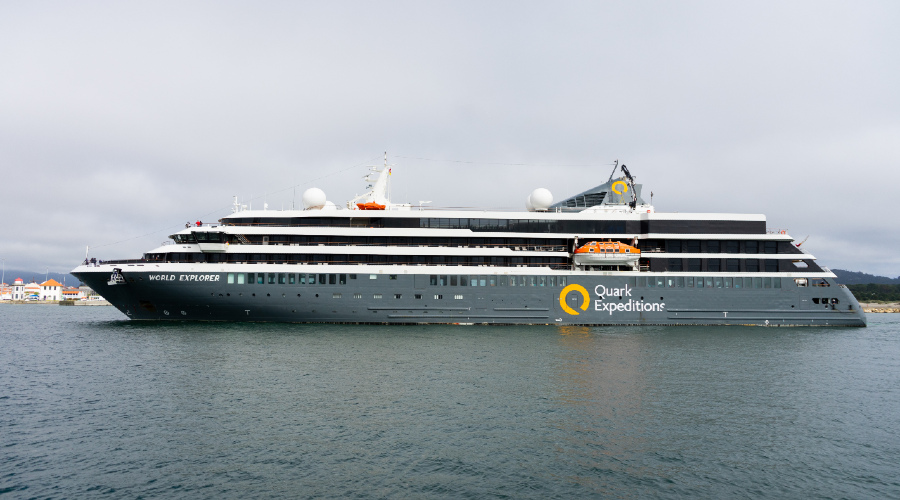 Measuring 126 by 25 metres and with a draught of only 4.7 metres, World Explorer also has the distinction of being the first polar expedition vessel to be built in Portugal, having been designed and built following the owner’s decision to expand into the small-ship expedition cruise market.

The vessel has been fitted out with luxury cabins that could accommodate 200 passengers as well as additional berths for 111 crew and specialist staff. Amenities include a restaurant, a café, a pool with bar, a casino, a smoking lounge, a spa with sauna, and a gym.

Although World Explorer is smaller than most of its contemporaries in the polar expedition vessel category, the vessel’s size nonetheless gives it an advantage in that it could execute manoeuvres more accurately even without assistance from tugs – an attribute that is undoubtedly useful when navigating through areas with unprepared ports such as those in the Arctic and Antarctic regions. 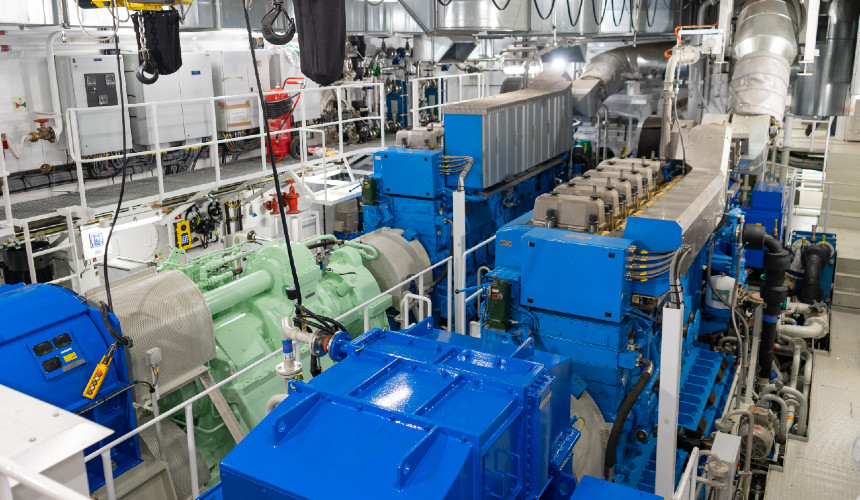 Aside from the Rolls-Royce propulsion components, World Explorer has also been fitted with a pair of Schottel SPJ 82 aft-mounted pump jets that have been installed flush into the hull and are to be used in place of the main propellers when sailing in shallow waters. The jets allow the vessel to cruise at five knots while generating very low noise and vibration levels, thus making these ideal for use in areas that have fragile marine ecosystems teeming with wildlife.

The hybrid propulsion system had been requested by Mystic Cruises to ensure that World Explorer’s carbon and noise emissions would have only a minimal adverse environmental impact as it visits some of the world’s most remote destinations.

For manoeuvring, the crew may utilise a Rolls-Royce Poscon system that acquires measurements from the thrusters, main propellers, rudders, and sensors and applies the necessary adjustments to the propulsion by means of a simple joystick.

World Explorer was designed to provide a full expedition cruise experience for its passengers. It achieves this with the aid of underwater cameras for observing marine life in their natural habitat, a 4.5-metre glass dome from which passengers could get a clear view of the nighttime skies and other natural sights such as the famed aurora borealis, and onboard space for inflatable boats and their associated launch and recovery facilities.

The deck equipment also includes a refueling setup built specifically for the vessel’s complement of inflatable boats. Due to the explosive nature of the petrol used to power these smaller boats’ engines, a number of safeguards have been installed. These include a gas detection system, a dedicated ventilation system, and supporting equipment made from explosion-proof material.

World Explorer’s navigation and communication aids were supplied by JRC. Redundant communications systems have been fitted for use during polar circle navigation while a multi-spectral FLIR camera and a forward-mounted 3D sonar are available to help the crew avoid surface and sub-surface obstacles when sailing in remote regions.

Mystic Cruises had expressed tremendous satisfaction with World Explorer’s capabilities that the company has since placed orders for six additional near-identical sisters. West Sea is expected to deliver all six additional ships by 2024. 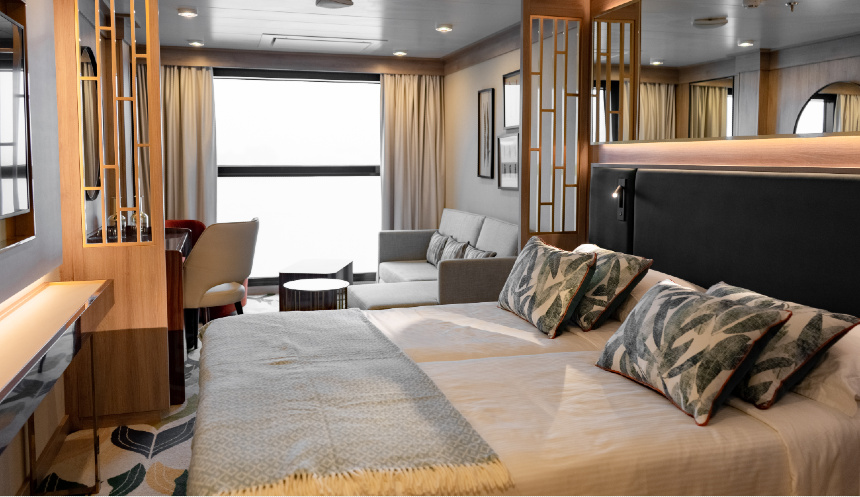 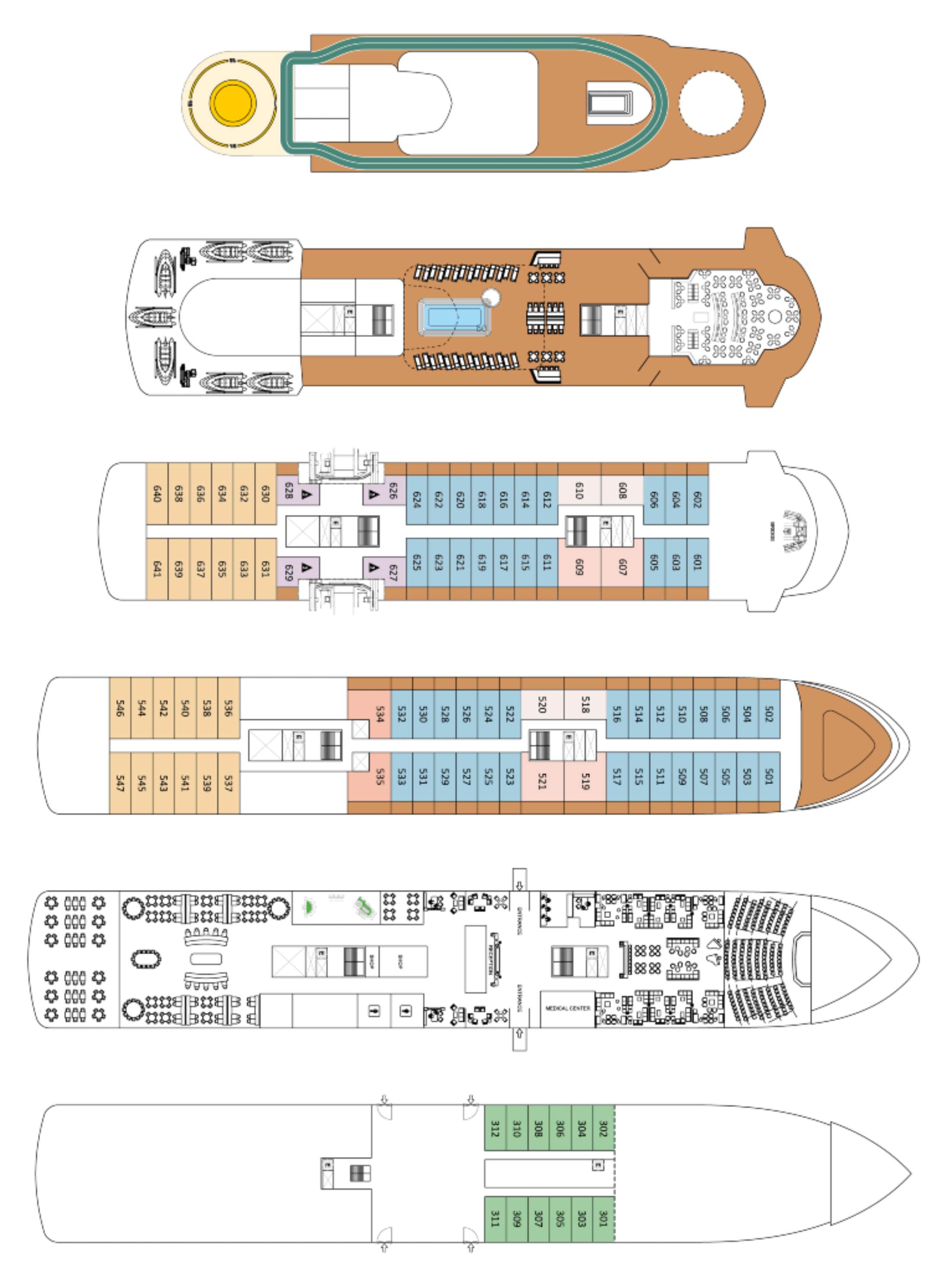