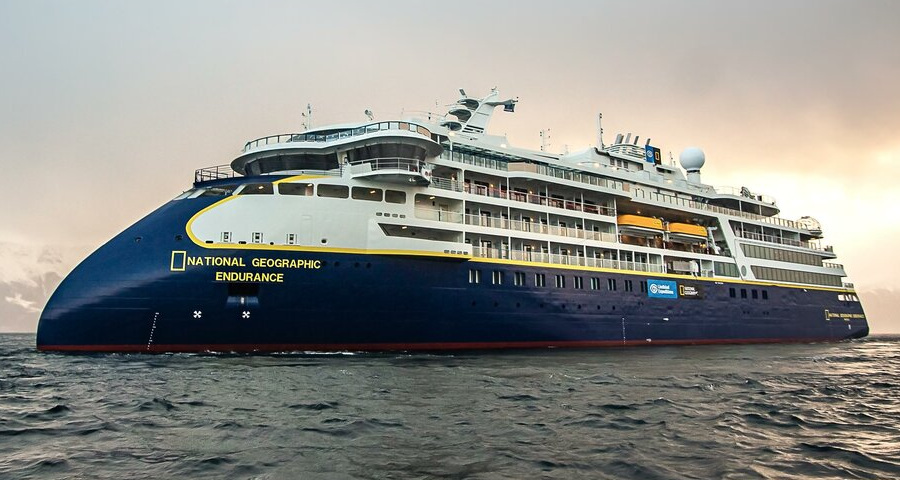 Designed and built in Norway to DNV class rules, the Bahamas-flagged National Geographic Resolution is the second vessel in a series to be built by the same shipyard for Lindblad. The first vessel, National Geographic Endurance, was delivered in March 2020.

National Geographic Resolution was so named to honour Resolution, one of the ships captained by the famed English explorer Captain James Cook. The 406- by 68-foot (124- by 21-metre), 126-guest newbuild can access deep into polar regions thanks to its PC5 ice class notation. Expanded fuel and water tanks provide for extended operations in remote areas while the zero-speed stabilisers contribute to increased comfort at zero speed when stopped for wildlife observation or embarking/disembarking the ship. 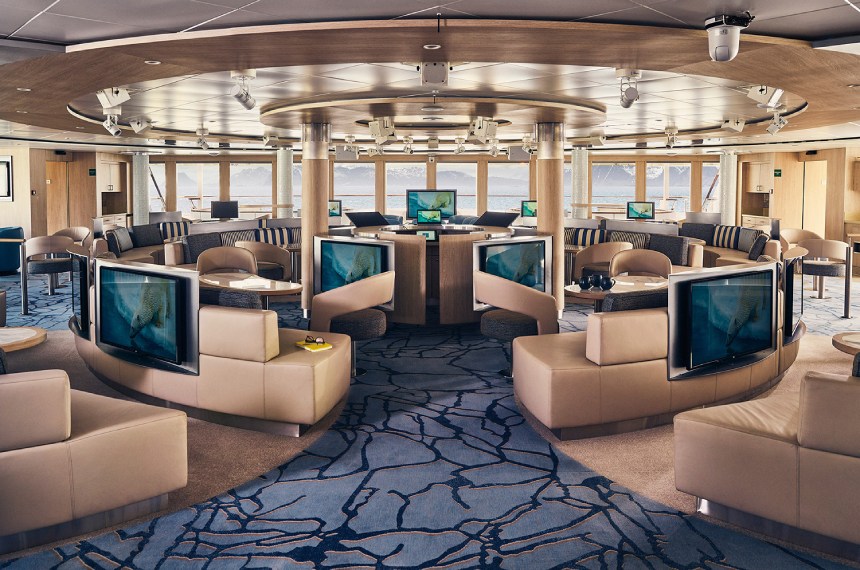 The inverted bow serves another key function. On a ship with a traditional bow, the guests will have to lean over the side of the ship and look backwards down towards the waterline. On National Geographic Resolution, they will be able to look straight down into the water. The ship also has numerous other areas in the forward portion where passengers can look right down to the waterline in front and observe the ship as it ploughs through the water. The ship was designed to connect guests to the outside environment from anywhere onboard. The cabin measurements range from 13-square-metre solo cabins to 40-square-metre suites. Around 77 per cent of the 69 outside-facing cabins feature balconies with floor-to-ceiling sliding doors for unobstructed views of the outside.

The ship’s main restaurant boasts panoramic views with floor-to-ceiling windows. There is also an outdoor barbeque and bistro area. A spa area features a yoga room, treatment rooms, saunas, a fitness room, a relaxation area, as well as infinity hot tubs and glass igloos with seating on daybeds. The yoga studio aft on deck eight has large windows to provide passengers with views of the surrounding natural environment. The ship carries its own remotely operated vehicle (ROV), which is equipped with a video camera and is capable of reaching 305 metres below the water. There are 14 expedition craft for landing in otherwise inaccessible places. Other expeditionary gear and equipment include kayaks, paddle boards, snorkeling gear, wet suits, and cross-country skis.

National Geographic Resolution set off for its inaugural polar voyage in mid-November, exploring Antarctica, South Georgia, and the Falklands. 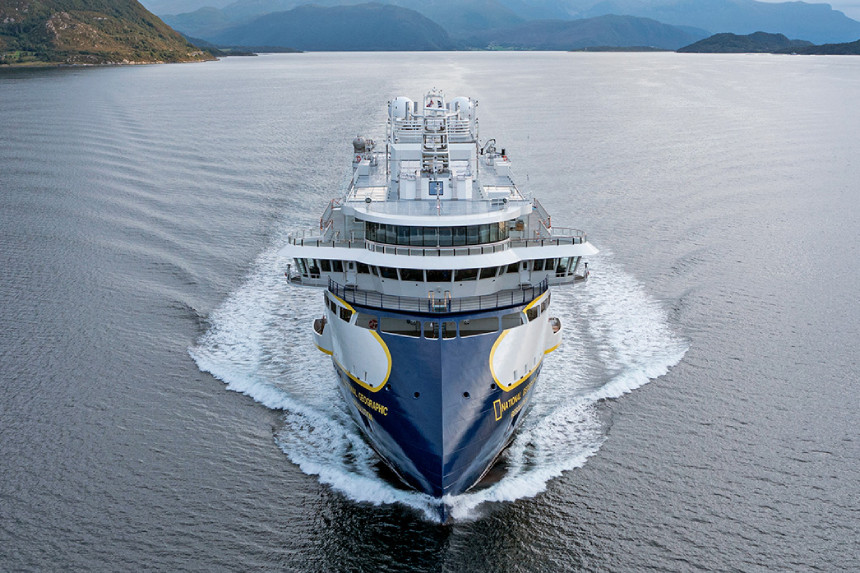