Written by Baird Maritime on February 17, 2019. Posted in Cruise. 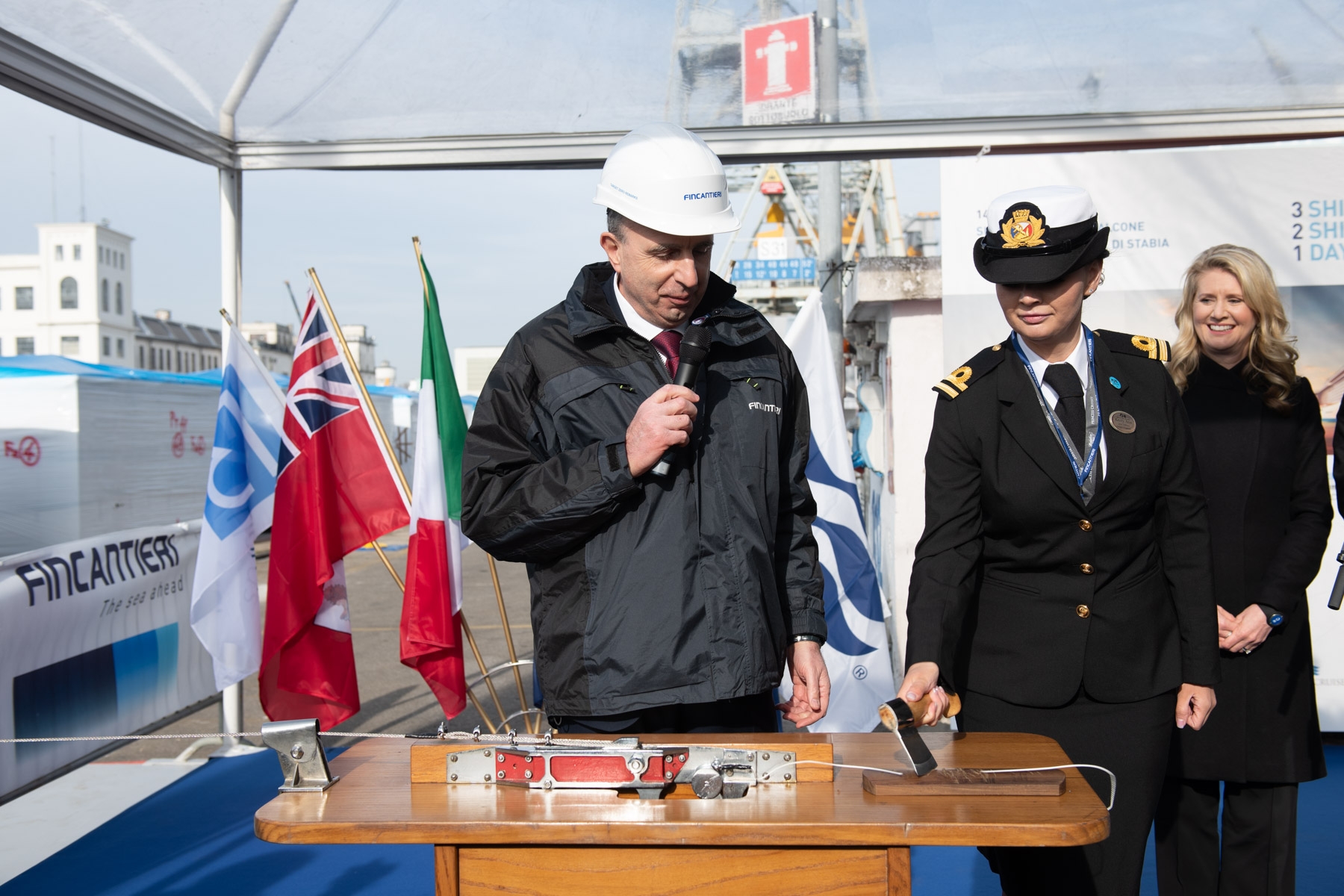 First was the cutting of steel for the still unnamed sixth and final ship in the class, which is scheduled for completion in 2022.

Later in the same day, the keel of Enchanted Princess was laid. It is the fifth vessel in the series and is scheduled to be delivered in 2020.

Finally, the shipyard and the shipowners witnessed the float out of Sky Princess, the fourth ship in the class set to join the Princess Cruises fleet by the end of the year.

Each Royal-class ship will have a length of 330 metres, a width of 38 metres, and capacity for 3,600 passengers.