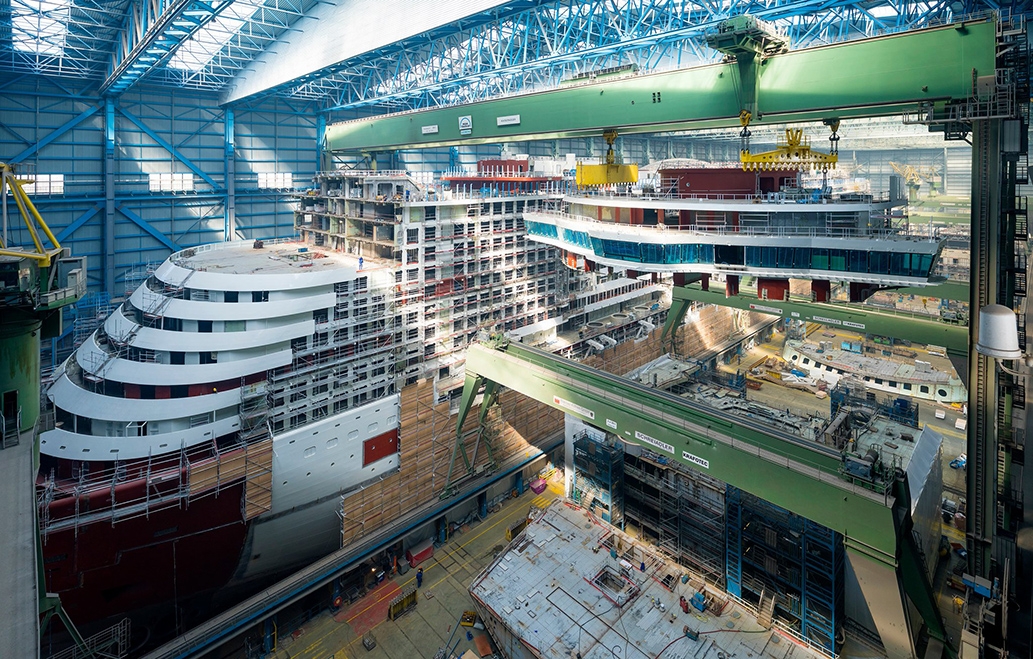 The steel construction of the LNG-powered AIDAnova has been completed with the assembly of the command bridge at Meyer Werft in Papenburg.

The bridge was used to mount the last of the 90 blocks on the hull of AIDAnova, which completes the logging of the ship.

The 345-tonne component was welded using the largest crane of the Baudockhalle 2.

The 500-square-metre bridge, which is up to 50 metres wide, has more than 30 kilometres of cabling to connect the ship management technology.

Other components, such as masts and the chimney, will only be installed after being undocked from the shipyard due to the height of the ship being more than 60 metres.

Construction on cabins has begun, with upcoming milestones including the assembly of the azipod drive and the exterior painting with kissing mouth, eye and eyeliner.

AIDAnova will be christened in front of the Werfthalle on August 31.

Powered by four dual-fuel engines, AIDAnova is the first of seven 180,000GT cruise ships owner Carnival Corporation has ordered in this series, for operation under four of its 10 brands.