Written by Baird Maritime on July 4, 2019. Posted in Cruise. 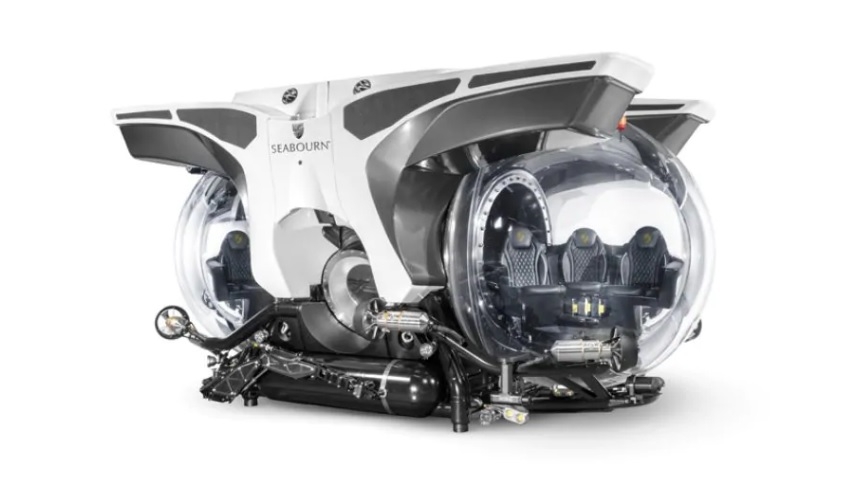 US cruise operator Seabourn has unveiled the design and details of a series of custom submarines that will operate excursions from the company’s two upcoming ultra-luxury purpose-built expedition ships.

Each battery-powered sub will carry six guests as well as one pilot, who will guide the journey up to 300 metres beneath the surface to explore sunken wrecks and reefs and to view marine wildlife in their natural habitat.

Guests will be seated in two clear acrylic spheres flanking the centre pilot’s station. The three passenger seats in each sphere will be mounted on a rotating platform that can turn for best sightlines.

Each sub will be outfitted with a host of optional equipment including an underwater video camera system, an internal video recording system to capture imagery of guests inside and their direct surroundings, and a six-function manipulator arm capable of lifting up to 32 kilograms mounted on the side of the vessel, two air conditioning systems, a Bluetooth stereo system, and a champagne chiller.

The subs will be operated multiple times per day in regions around the world where conditions are suitable. Each will be equipped with underwater LED flood/spot lights, imaging sonar, and an advanced underwater tracking and navigation system.