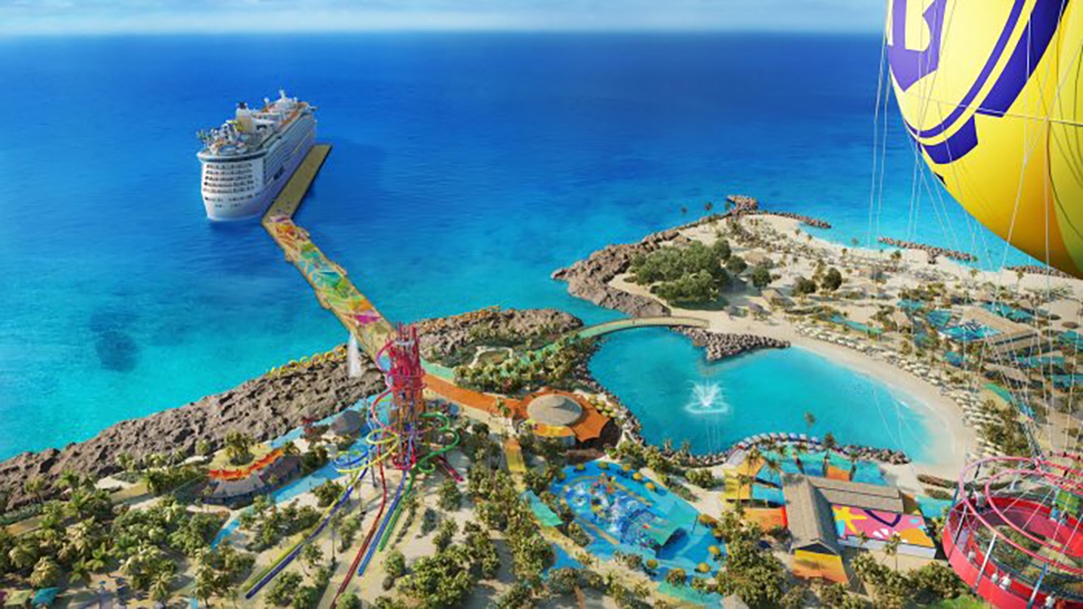 In terms of fleet improvements under its $900 million “Royal Amplified” initiative, Mariner of the Seas will undergo a $US90 million upgrade to include a virtual reality, bungee trampoline experience and a glow-in-the-dark laser tag experience.

In addition to the world’s largest cruise ship Symphony of the Seas starting sailing in April, Royal Caribbean has the Quantum Ultra-class Spectrum of the Seas set to debut in 2019; a second Quantum Ultra-class ship in 2020, a fifth Oasis-class ship in 2021 and a new class known as Icon, with LNG and fuel cell-powered ships delivered in 2022 and 2024.

The company hopes these vessels will complement the “Perfect Day Island Collection”, a series of private island destinations around the world.

The first, Perfect Day at CocoCay, is a $US200 million transformation of the cruise line’s island in the Bahamas.

It will include a waterpark with 13 slides, wave pool and a kid-friendly obstacle course pool, the Caribbean’s largest freshwater pool with a swim-up bar and in-pool loungers, a 487-metre zip line that crisscrosses the island at up to 15.2 metres high and has a water landing, specially designed beaches for relaxation and action sports, and Coco Beach Club with over-water cabanas.

Royal Caribbean International President Michael Bayley said the island transformation will roll out in phases from September with the completion of a new pier. By spring 2019 most the island’s experiences will be open, with Coco Beach Club set to open in November 2019.

Destinations in Asia, Australia and the Caribbean will be announced later.