REMINISCENCES | How a Bavarian went to sea

I actually wanted to be a pilot – just like my grandfather, who had a strong influence on me when I was a small boy. According to family legend, he built an airplane himself from a kit, a kind of ultra-light plane, and he actually succeeded in flying with it.

But, to this day, he’s the only one of us who has ever gotten off the ground. The repercussions of a sight defect blocked my path to becoming a pilot. But, in the end, they opened up to me a completely new and immensely fascinating world: seafaring.

I’ve been a captain with Hapag-Lloyd for two and a half years now – and thereby, as someone born in Munich, a Bavarian at sea. I had my first command on the nearly 300-metre-long Tokyo Express in the PAX service. That was Hapag-Lloyd’s longest liner service – from Hamburg once across the Atlantic, through the Caribbean and the Panama Canal, up the west coast of North America, then over the Pacific to Asia and then back again.

It’s a long voyage, but you do sometimes sail through very attractive parts of the world in terms of scenery. When we sail our huge container ship past the Aleutian Islands, often with ice-cold winds and excellent visibility (which isn’t always the case), that’s when I know why jumping into this profession was ultimately so worthwhile.

I’ve also gotten to know and appreciate some remote but very beautiful regions of the world on board cruise ships. But it was quite a long career path before I was sailing on board the Bremen into the Arctic and Antarctic – and one that had a few hitches. After I had to stomach being denied a career as a pilot, I started studying mechanical engineering in Ingolstadt. It was a dual-track course of study that also included an apprenticeship to become a toolmaker, lathe operator or milling cutter.

Machines fascinate me to this day. I’m still a mechanic at heart, and I prefer to do this on one of my two scooters. Both are Vespas, but still geared scooters. Riding one of them from Munich to go swimming in Lake Starnberg is a wonderful thing. I’ve also driven one of them the 800 kilometres from Elsfleth, where I was studying nautical science, to Munich with only one overnight stop. But the thing that I get most excited about is when it comes time again to give a scooter a complete overhaul. 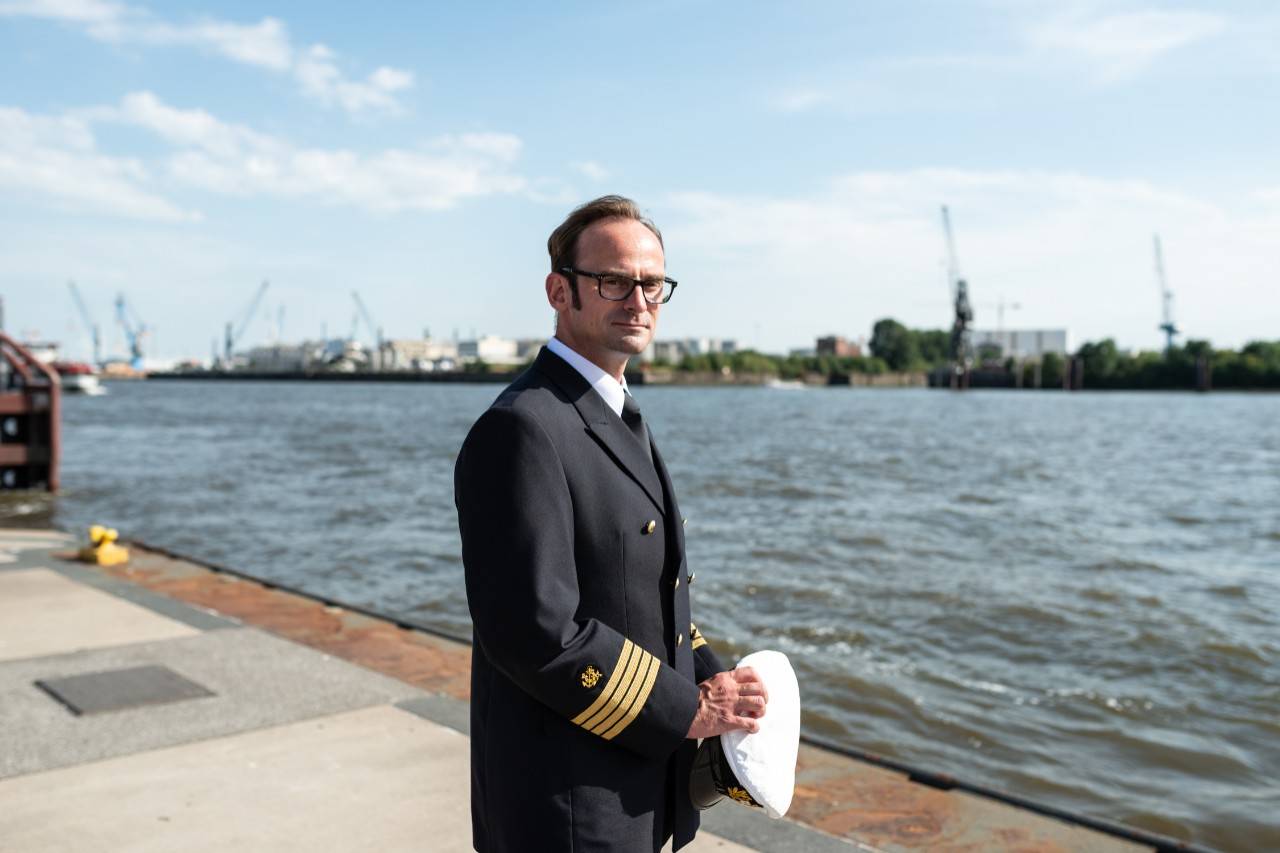 It was already in the first semester of theory with the mechanical engineers that it became clear to me that this just wasn’t the place for me. There was no team spirit to be felt, almost everyone was working away on their career by themselves – and also liked to use their elbows for it so that they would still be there after the first exams, which about half of the students didn’t pass. That wasn’t something for me. I like to work together with other people, not against them.

I got my first taste of this in the ambulance service in Munich. I completed training to become a paramedic while doing my mandatory civil service there, and I stayed on with the first responders for a while after my service was over. There, everyone knows that if you don’t work together as a team, it doesn’t work. By the way, it’s exactly the same on board a ship: I’m the captain and therefore the boss. But I’m nothing without my team.

Still, my start at sea was anything but easy. There were a few sailors, whalers and submariners in the family on my grandmother’s side, and my great-grandfather was a ship’s engineer. And my father had also been in the French navy. However, going to sea wasn’t something I dreamed about myself as a kid – we Bavarians probably live too far away from the sea for that.

My decision also wasn’t influenced by the maritime ties within my family. But curiosity has always driven me and my friends out into the world, and my circle of friends – back then at school and later – had actually done a lot of traveling. For example, when we were 18 and I had just gotten my driver’s license, we drove a VW bus home from Greece. It was a trip I still remember to this day.

After my brief foray into mechanical engineering school, I thought about how else I could realize my dream of seeing the world if I wasn’t allowed to become a pilot. At some point, the idea of seafaring popped into my head. So I applied for an apprenticeship at the best-known address, at Hapag-Lloyd. As a young woman in the early 1960s, my mother had already worked in the intramodal department at HAPAG. And she said that if I wanted to go to sea, I should submit an application to Hapag-Lloyd. But, at first, I received a friendly but firm rejection.

But I was more successful with Columbus Line, a subsidiary of Hamburg Süd at the time. My first voyage, in 2003, was to take me across the Pacific on board the Columbus Florida, a rather small ship with space for 1,700 standard containers. Sign on in Long Beach, and then to New Zealand and Australia and, via Fiji and Hawaii, back to the US West Coast – all three times in a row. Of course, these are fantastic parts of the world. But, after a week on board, I said to myself: “Nope. You and seafaring just aren’t a good fit.” Being so far from home and for so long seemed unimaginable to me at the time. I think I was just homesick.

But I stuck it out for the six months – and that was a good thing, too. By the way, seafaring has also taught me just how valuable home is. As much as I enjoy my job today, I honestly look forward to coming home every time, to my girlfriend, to my family, to my friends and to being home. The homesickness would quickly diminish later, but I still feel a bit of it today – after the middle of each voyage, at the latest.

Incidentally, I’m not a real Bavarian, or at least not like the clichés about us. Though I do own a few pairs of lederhosen as well as a janker [editor’s note: a traditional Alpine jacket made of sheep’s wool], I don’t wear such clothing every day. My father is French, and I have both a German and a French passport. I feel somewhere between the two. Sometimes I even dream in French.

But I still deliberately live in my hometown of Munich, where I was born and grew up, and I like being home. The call of the mountains and the foothills of the Alps is just too strong. The region’s closeness to Italy and the Mediterranean also makes it appealing. And it’s not exactly a stone’s throw to the south of France, but it’s not that far compared to the distances I cover on the job. At home, when I’m not on board, I do what a Munich resident does; I enjoy the great outdoor benefits the region has to offer – hiking, cycling, going down the Isar River in an inflatable dinghy, and skiing in the winter. 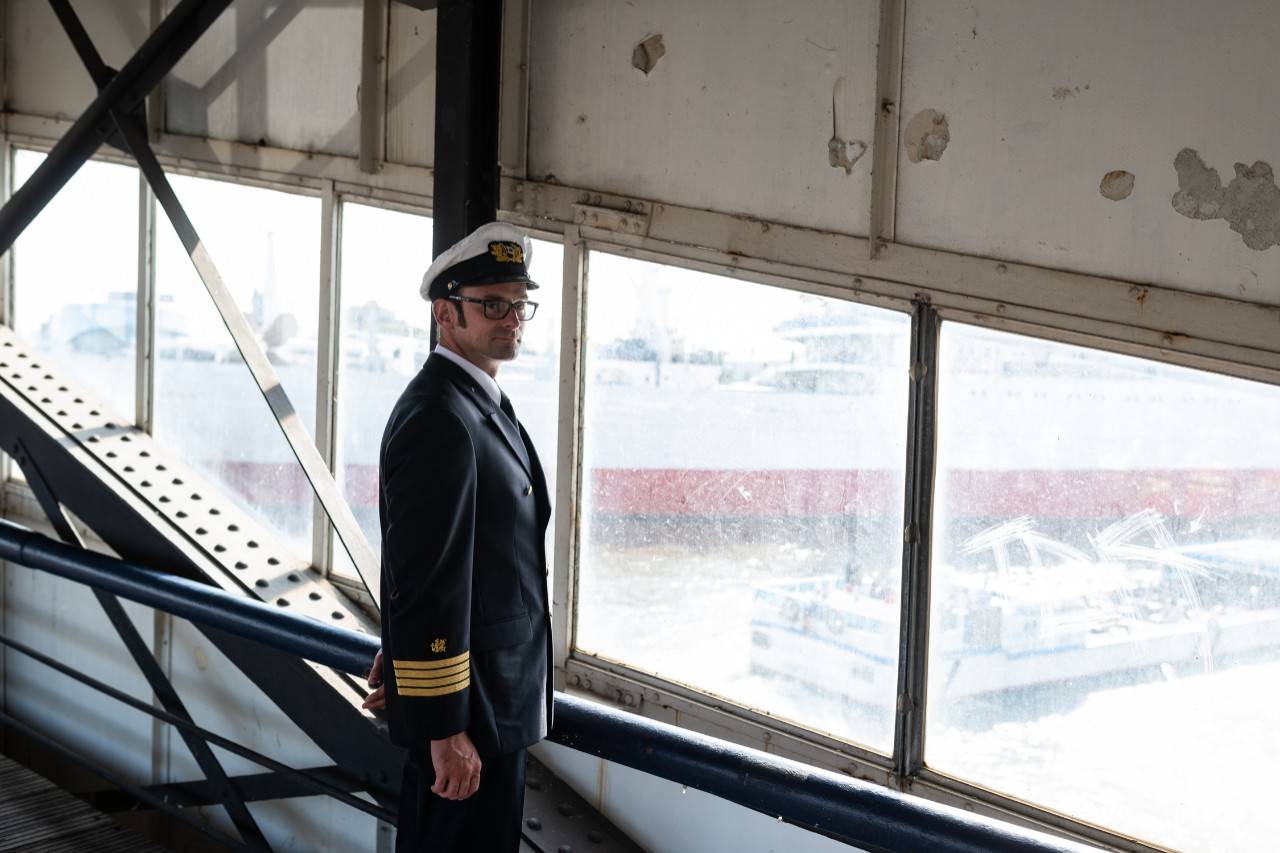 From 2003 to 2007, I studied nautical science in Elsfleth an der Weser, and then Hapag-Lloyd Cruises shanghaied me, as they say. The navigator position was open on the Bremen, one of these agile small expedition ships. I seized the opportunity, and this ended up giving me some great voyages into the polar regions of the world. Greenland, Spitsbergen and the Northwest Passage in this part of the world, and the Antarctica and Tierra del Fuego (including the Strait of Magellan and Cape Horn) in the other – although it’s usually cold there, the natural settings and wildlife are tremendously fascinating. I’ve seen areas of the world that other people pay a lot of money to see.

I also got to know a lot of hugely interesting people on board the Bremen, as you come into contact there very quickly and directly. And almost all of them – who are a bit better-off, after all – are not only friendly, but also uncomplicated in day-to-day interactions. But being at sea for nine months out of the year was a bit too much for me, as somebody who loves home so much. So I came back to container ships and, in 2009, to Hapag-Lloyd.

To this day, my job makes me a bit of a strange bird among my friends back home in Munich. I sing as a tenor with a choir that I co-founded with some former students of the high school I attended. Since 2012, we’ve been singing challenging classical pieces by Bach, Brahms, Shostakovich and Britten as a vocal ensemble – but sometimes also some Filipino folk songs. At the time, I asked a Filipino sailor on board to sing the songs to us via WhatsApp to help us get a better idea about them. Unfortunately, my job prevents me from being able to take part in all the concerts.

When I meet people for the first time, especially in my hometown, they always have a lot of questions. What’s it like on board? How many are you? What do you eat? What’s your job as captain? I always explain it by comparing it to being a kind of operations manager – just on a floating company, and one that operates 24/7. That makes it incredibly exciting. In my time as a captain, I’ve only had to raise my voice twice on board, and I see myself if anything as a moderator or a kind of tour guide. In my experience, things almost always go better when you are calm and decisive. And, quite frankly, I get no joy from being loud.

I’ve never had to complain about being bored – though perhaps about a bit too much paperwork. To be honest, I get excited about having to make decisions on the spot and on very short notice, too. These decisions might not be about life and death, and I hope I never have to face that kind of situation. But they’re still about questions that could end up saving us a lot of money or result in higher costs.

To date – knock on wood! – I haven’t had an accident. Just one near-collision off Shanghai, which is one of the most congested estuaries in the world. We just barely prevented the collision by making a hard rudder angle manoeuvre.

For me, it doesn’t have to be the super-big container ships that can carry up to 20,000 standard containers. What’s most important to me is that I can sail the ship, and that I can be present during manoeuvres. After all, that’s why I became a captain.

Captain Philipp Blancard is a containership captain with Hapag-Lloyd.