Written by Baird Maritime on January 26, 2018. Posted in Cruise. 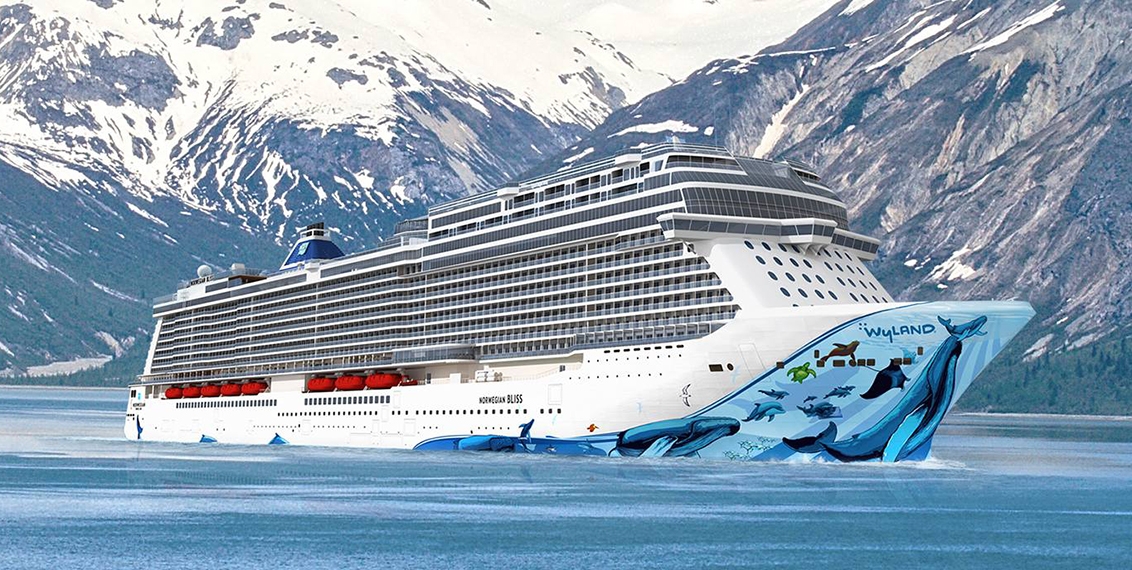 Under construction at Meyer Werft’s yard at Papenburg, Germany, the 4,000-guest Norwegian Bliss is the third Breakaway-Plus class ship and the first to be custom-built for the Alaska region.

The 167,800GT Norwegian Bliss is scheduled to be christened in Seattle on May 30.

Norwegian Cruise Line Holdings has a 15-year agreement with the Port of Seattle to collectively invest $30 million to upgrade the Pier 66 facilities. The works include expanding the guest check-in space by 300 per cent, a new VIP lounge with Elliott Bay views, and two new elevated passenger boarding bridges.