Written by Baird Maritime on February 14, 2018. Posted in Cruise. 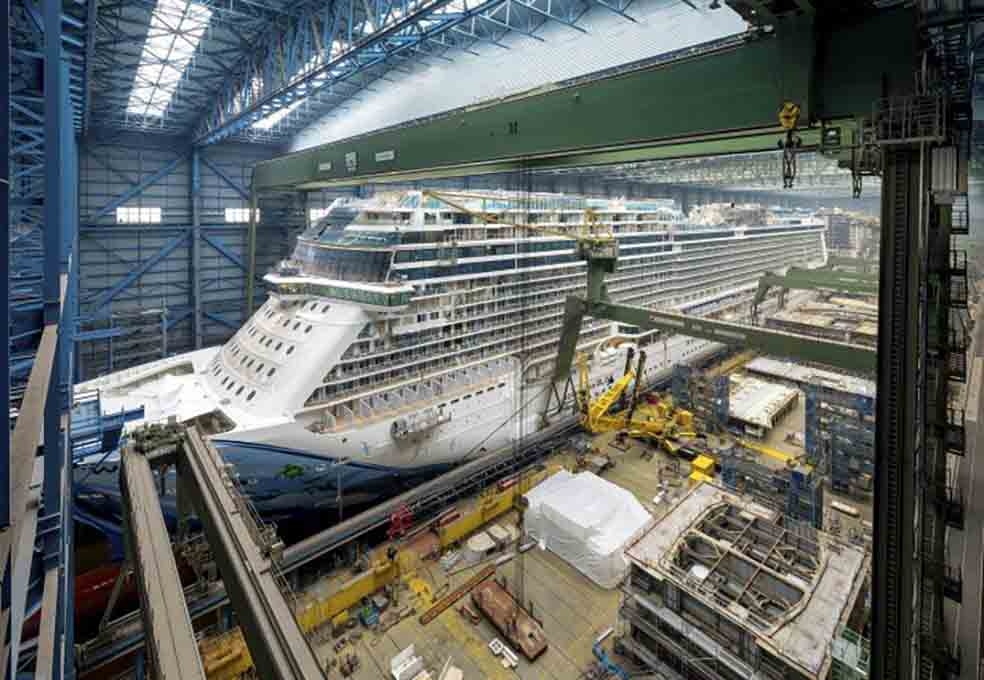 The float-out is scheduled for 8am, but weather could cause possible delays.

After leaving the building dock, the 334-metre by 41.4-metre Norwegian Bliss will berth at the shipyard’s outfitting pier to be fitted with its funnel.

The ship will then remain in the shipyard port for fitout, on-board crew training and acceptance procedures until its passage through the River Ems up to the North Sea on the second weekend in March.

The ceremony will be live-streamed via webcam at www.meyerwerft.de.