Written by Baird Maritime on November 6, 2017. Posted in Cruise. 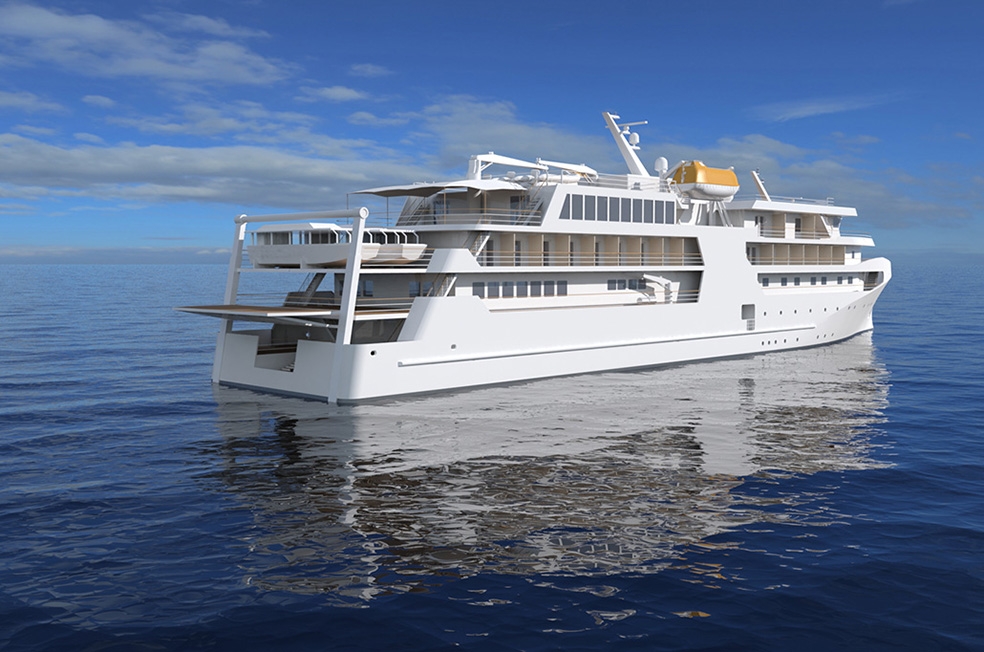 Under construction at Vung Tau shipyard in Vietnam, the 120-guest Coral Adventurer has been developed by Vard Design to operate in remote areas in the Asia-Pacific region.

The company said the ship will have two Xplorer tenders mounted on hydraulic platforms so passengers can embark and disembark for shore excursions without steps.

Her shallow draught and advanced propulsion systems will enable access to locations usually off limits to large cruise ships.

Featuring more than 1,000 square metres of open deck, Coral Adventurer also will include a large dining room, facilities for lectures and briefings, and multiple indoor and outdoor bars.

All 60 of her outside-facing cabins will have en suite bathrooms, and more than half will have private balconies.

Among the first journeys will be retracing the explorations of 17th century Dutch explorer Abel Tasman, who mapped the coastlines of New Zealand, New Guinea and northern Australia.

The ship will then provide regular Kimberley cruises between Broome and Darwin.