Written by Baird Maritime on November 11, 2019. Posted in Cruise. 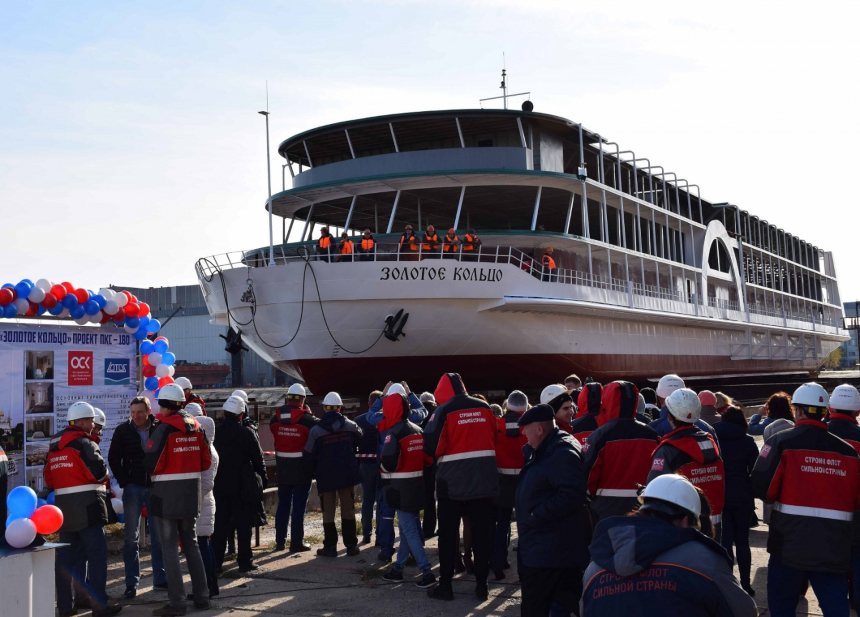 Zolotoye Koltso (“Golden Ring”) is one of two river cruise ships in a series that Mashpromlizing has ordered for Volgaservis, which will operate the vessels.

The 81- by 13-metre vessel will have accommodations for 180 passengers on three decks and will be able to operate in a water depth of 1.2 metres.