Written by Baird Maritime on September 18, 2019. Posted in Cruise. 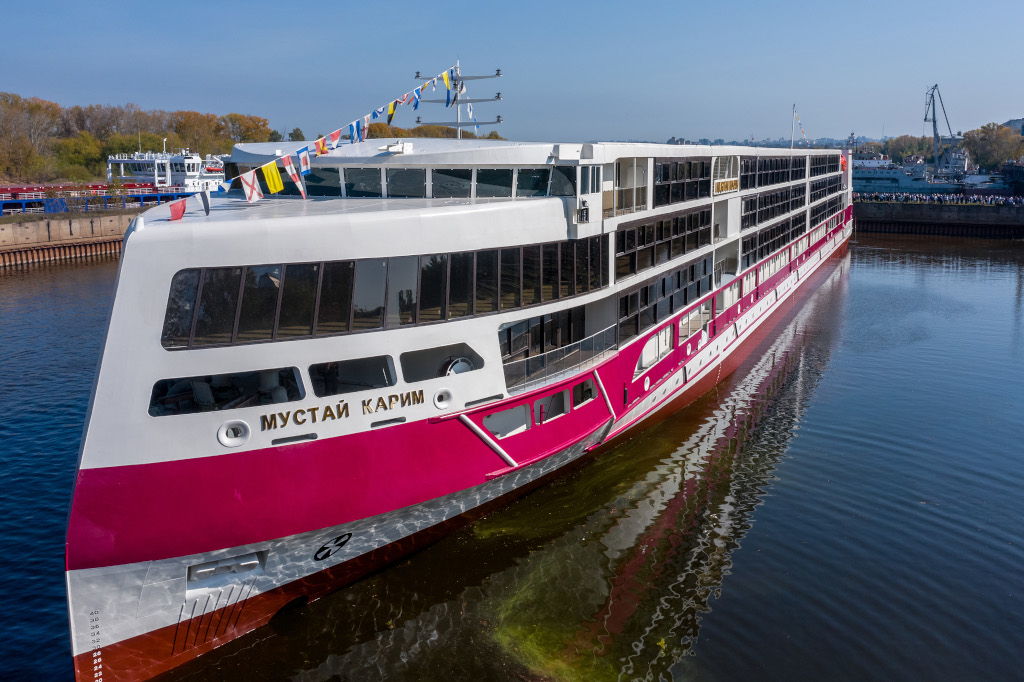 The vessel, which is around 80 per cent complete, has been named Mustai Karim after a celebrated Russian poet.

Delivery of Mustai Karim is expected before the end of 2019. It will be operated along the Moscow-Astrakhan, Moscow-Saint Petersburg, and Moscow-Rostov-on-Don routes.