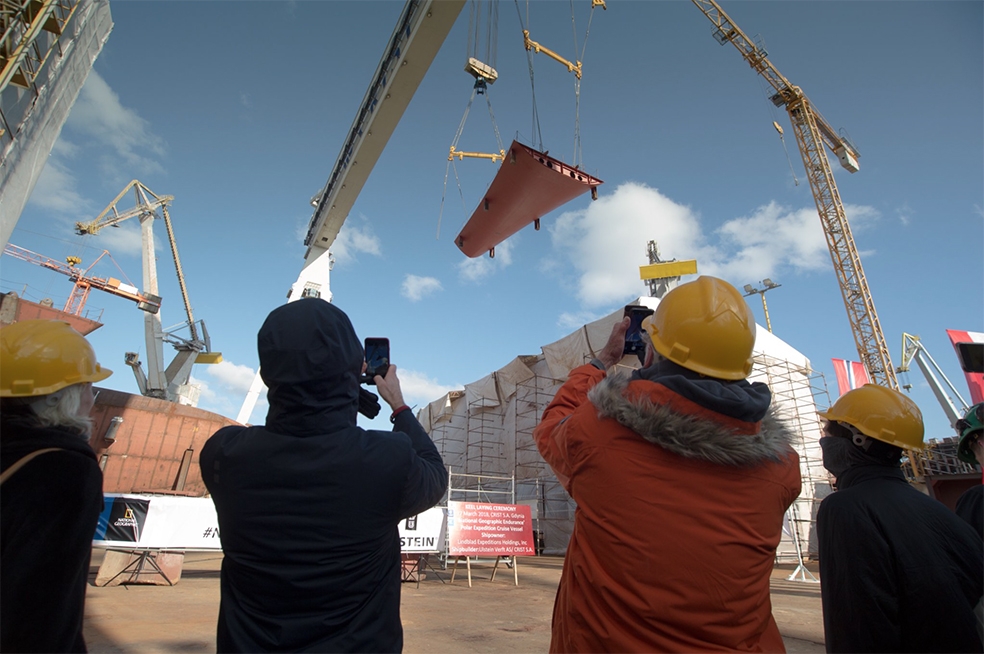 Construction on Lindblad Expeditions’ new polar ship has started with the keel-laying ceremony at Crist Shipyard in Gdansk, Poland.

Featuring an X-bow, zero-speed stabilisers and fuel and water tanks that allow for extended operations in remote areas, the 126-passenger ship is due for delivery in the first quarter of 2020.