Written by Baird Maritime on September 7, 2017. Posted in Cruise. 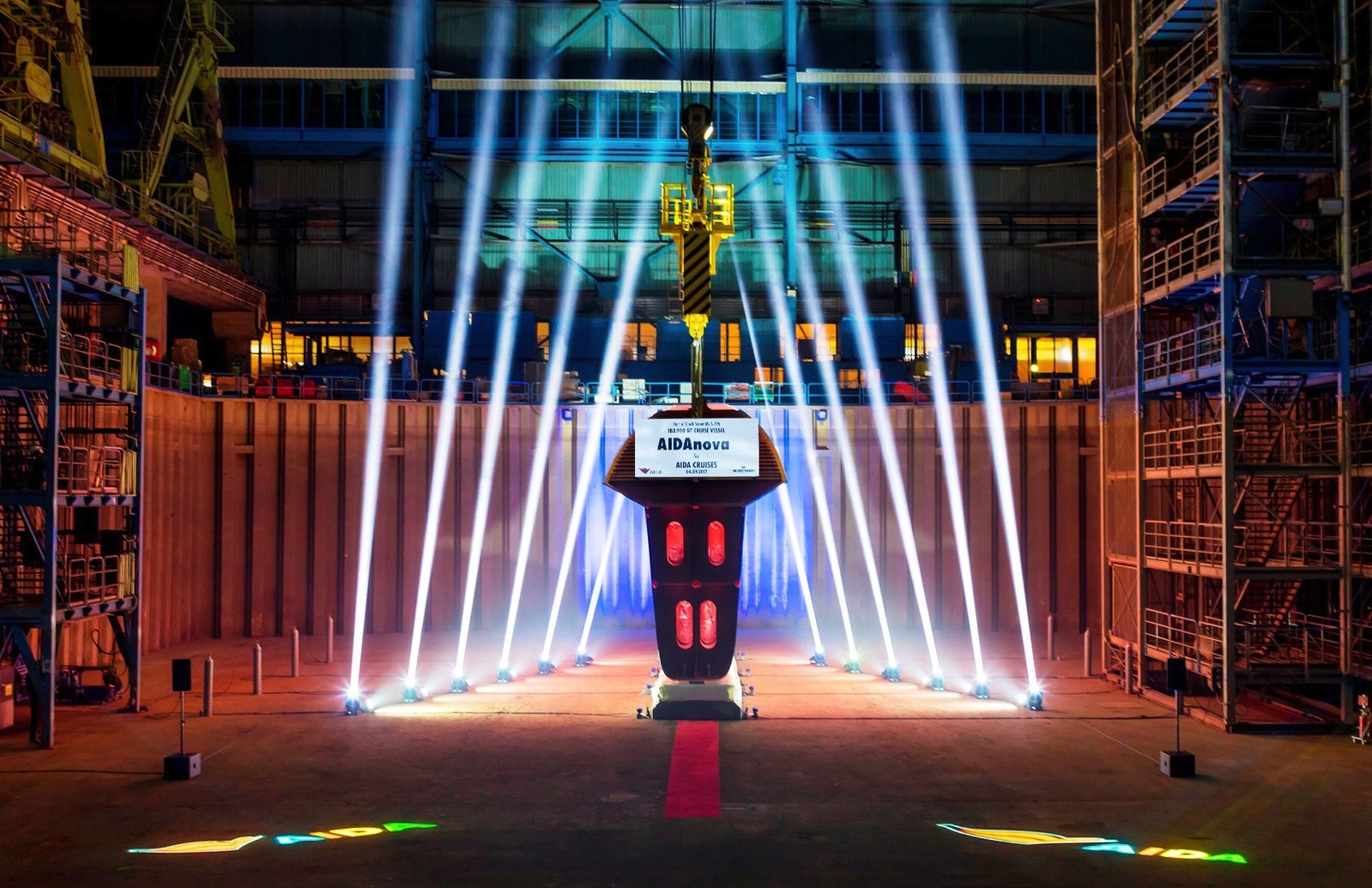 At a ceremony in Papenburg, Meyer Werft lowered the first building block into place for AIDAnova, claimed to be the first cruise ship worldwide that can be operated both at sea and in port with low-emission LNG, thanks to four dual-fuel engines.

AIDAnova is the first of seven 180,000GT cruise ships owner Carnival Corporation has ordered in this series, for operation under four of its ten brands.

The seven LNG ships for cruise brands Carnival Cruise Lines, Costa Cruises, Carnival UK, and AIDA Cruises will be built by Meyer Werft yards in both Germany and Finland and commissioned between 2018 and 2022.

In October 2016, Carnival Corporation signed a framework agreement with Shell Western LNG to be its supplier of marine LNG to power the first two of its new LNG ships for AIDA Cruises and Costa Cruises. As part of the agreement, the ships will utilise Shell’s infrastructure in cruise ports to refuel with LNG throughout their itineraries.

In 2015, as a pilot project, AIDAsol from the company’s AIDA Cruises brand was the first cruise ship in the world to be supplied with power by an LNG hybrid barge and, last year, the newly delivered AIDAprima became the first cruise ship to routinely use LNG with a dual-fuel powered engine while in port. Its sister ship, AIDAperla, debuted this April with the same technology.

The initiative aims to get ahead of potential regulation and negative publicity, as these ships often spend around 40 per cent of their time in port.