Written by Baird Maritime on July 3, 2020. Posted in Cruise. 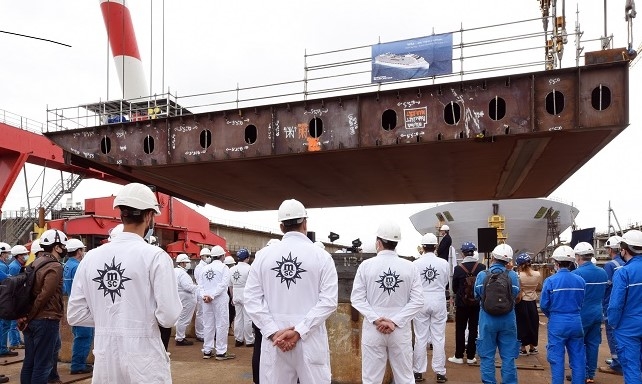 The 200,000-tonne vessel will be named MSC World Europa and will be the first LNG-powered vessel to join the MSC Cruises fleet.

The vessel will also feature a new 50kW demonstrator system that incorporates solid oxide fuel cell (SOFC) technology and uses LNG to produce electricity and heat on board.

It would be the first time an LNG-powered fuel cell will be used on a cruise ship.

The SOFC solution fuelled by LNG is expected to reduce emissions of greenhouse gases (GHG) by about 30 per cent compared to conventional LNG engines, with no emissions of NOx, SOx, or fine particles. It will also be compatible with LNG as well as several low-carbon fuels such as types of methanol, ammonia, and hydrogen.

MSC World Europa is scheduled to enter service in June 2022.