Written by Baird Maritime on March 7, 2018. Posted in Cruise. 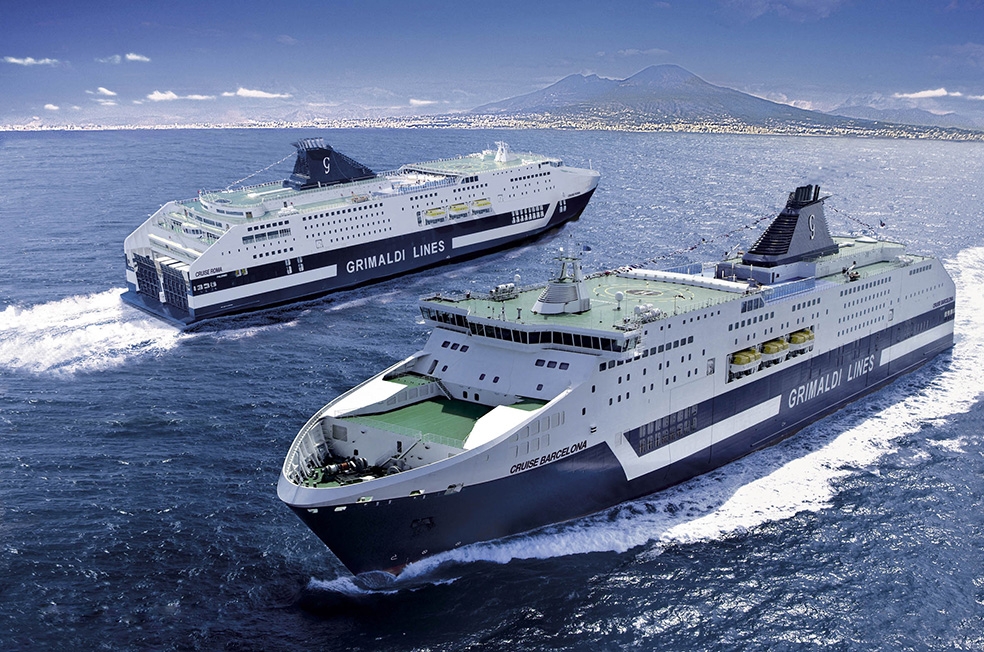 The Grimaldi Group has signed a letter of intent with Fincantieri for the lengthening and refurbishment program of its ferries Cruise Roma and Cruise Barcelona.

The vessels, currently in service on the Civitavecchia to Porto and Torres to Barcelona daily routes, were built by Fincantieri shipyard at Castellammare di Stabia and delivered to the Neapolitan group in 2007 and 2008 respectively.

The construction of the two 29-metre mid-body sections will begin in 2018, while the completion of the works at Palermo shipyard is expected mid-2019.

The project will also include refurbishment of public areas, a theme restaurant and safety equipment.

Once completed by Fincantieri’s Ship Repair and Conversion division, each ship will be 254 metres long, having a gross tonnage of about 63,000 tonnes and being able to transport 3,500 passengers, with a 3,000 square metres car deck and more than 3,600 linear metres for heavy vehicles.