Written by Baird Maritime on November 2, 2017. Posted in Cruise. 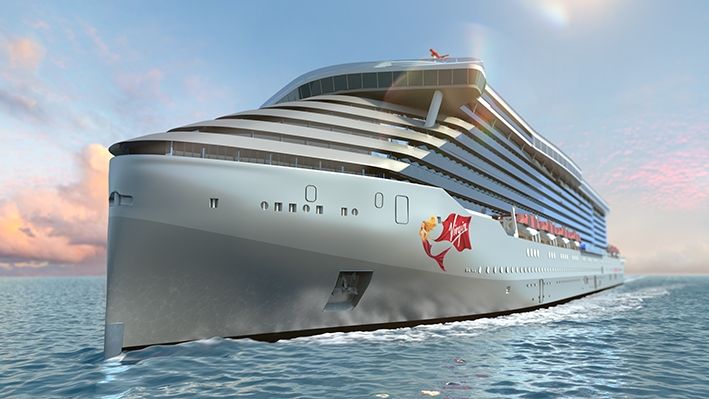 A keel-laying ceremony was held at Fincantieri’s Sestri Ponente shipyard in Italy for the first of three new cruise ships for Virgin Voyages.

It will have more than 1,400 guest cabins for 2,800 passengers and accommodate 1,150 crew members. About 86 per cent of all cabins will feature a sea terrace and 93 per cent will have an ocean view.

The design of the vessels will be undertaken by a group of firms including Ace Hotels, the Standard High Line and Mondrian Hotels.

Newly minted coins were welded into the keel for good luck at the Genoa shipyard, where it was announced the super yacht-inspired ship would have a mermaid design adorning her bow.