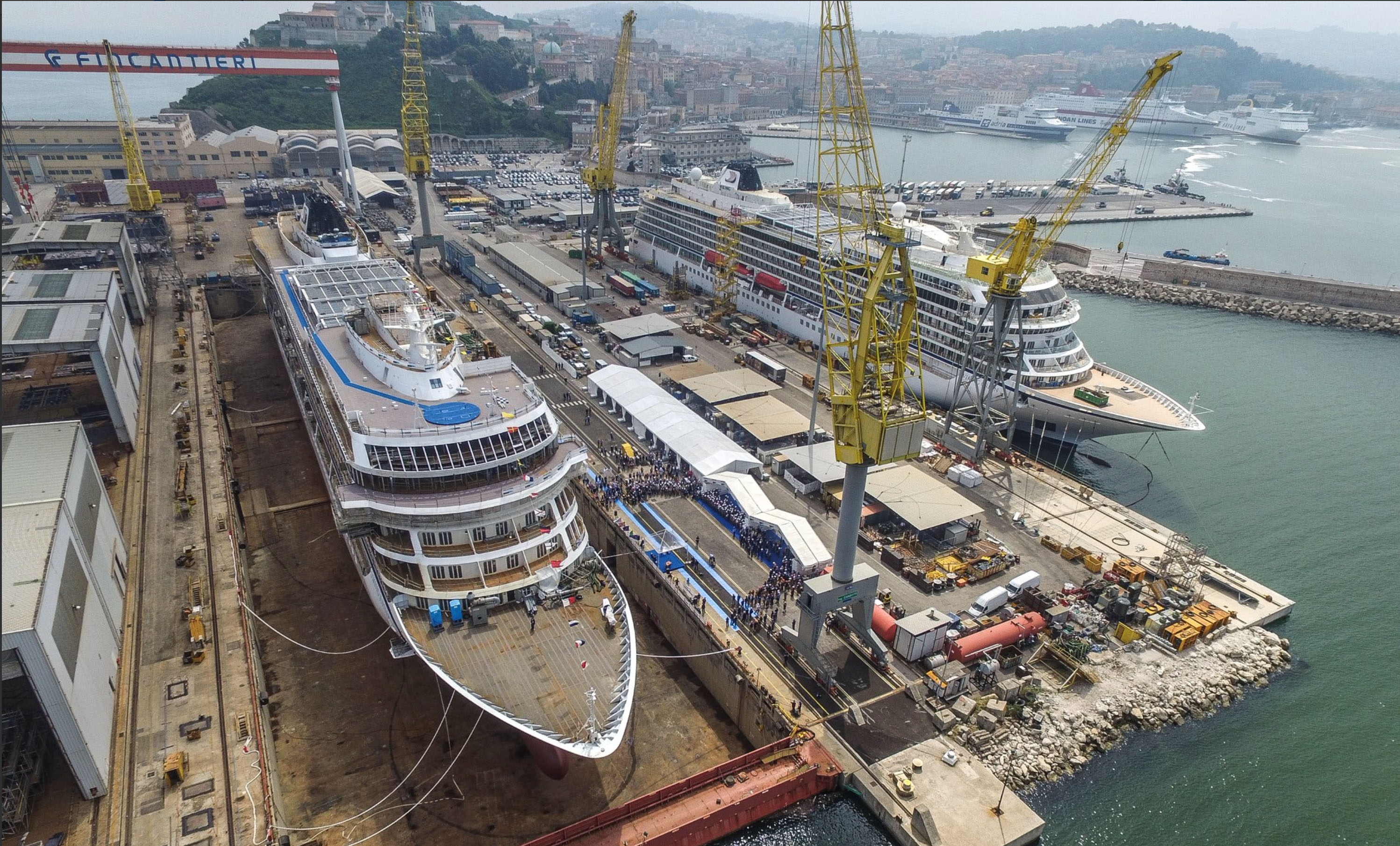 Norwegian singer Sissel Kyrkjebø was godmother for the ceremony in which a silver dollar was welded on the top deck of the ship.

Featuring energy-efficient engines and an exhaust gas cleaning system, the 47,800GT, 227-metre by 28.8-metre vessel will include 465 cabins with verandas and accommodation for 930 passengers.

The final construction and interior fit-out will begin at the shipyard, before its scheduled delivery in 2019.

The first of the series, Viking Star, was built at the Marghera shipyard and delivered in 2015.

Viking Sea, Viking Sky and Viking Sun, which joined the Viking fleet in 2016 and 2017, were built at Ancona. A fifth ship, Viking Orion, is scheduled to be completed in June.

Another nine ocean cruise ships will be built between 2021 and 2027.