Written by Baird Maritime on June 8, 2018. Posted in Cruise. 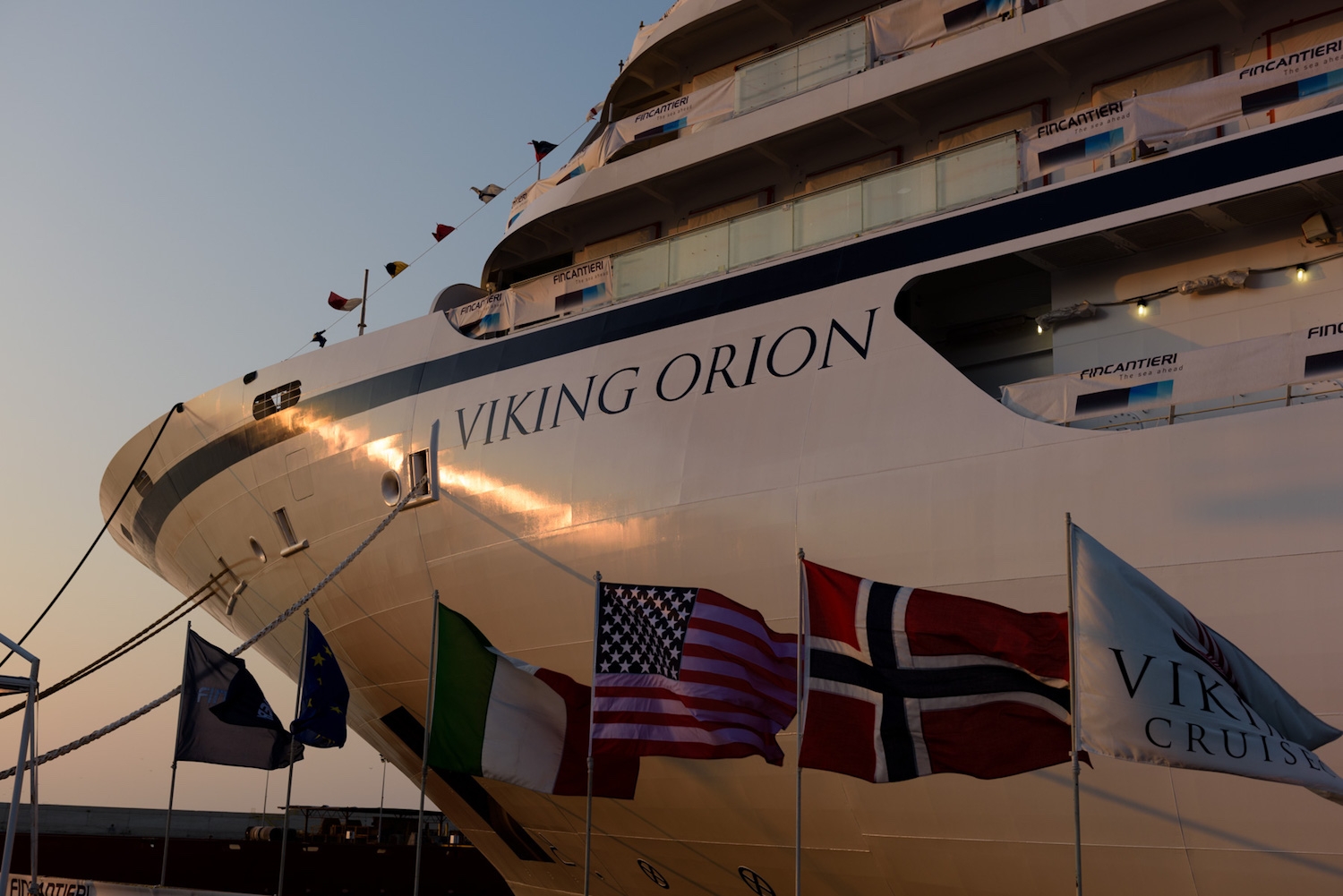 Viking Orion, the fifth in a series of Fincantieri-built cruise ships for Viking, was delivered today at the company’s yard in Ancona.

Along with its sister ships, it is in the small cruise ship segment; with a gross tonnage of about 47,800 tonnes and has 465 cabins with accommodation for 930 passengers.

The ship was designed by an interior design team including London-based SMC Design and Los Angeles-based Rottet Studios.

The first of the series was built at Fincantieri’s shipyard in Marghera and delivered in 2015, with the sixth ship in the line floated out just a few weeks ago.