Written by Baird Maritime on July 4, 2018. Posted in Cruise. 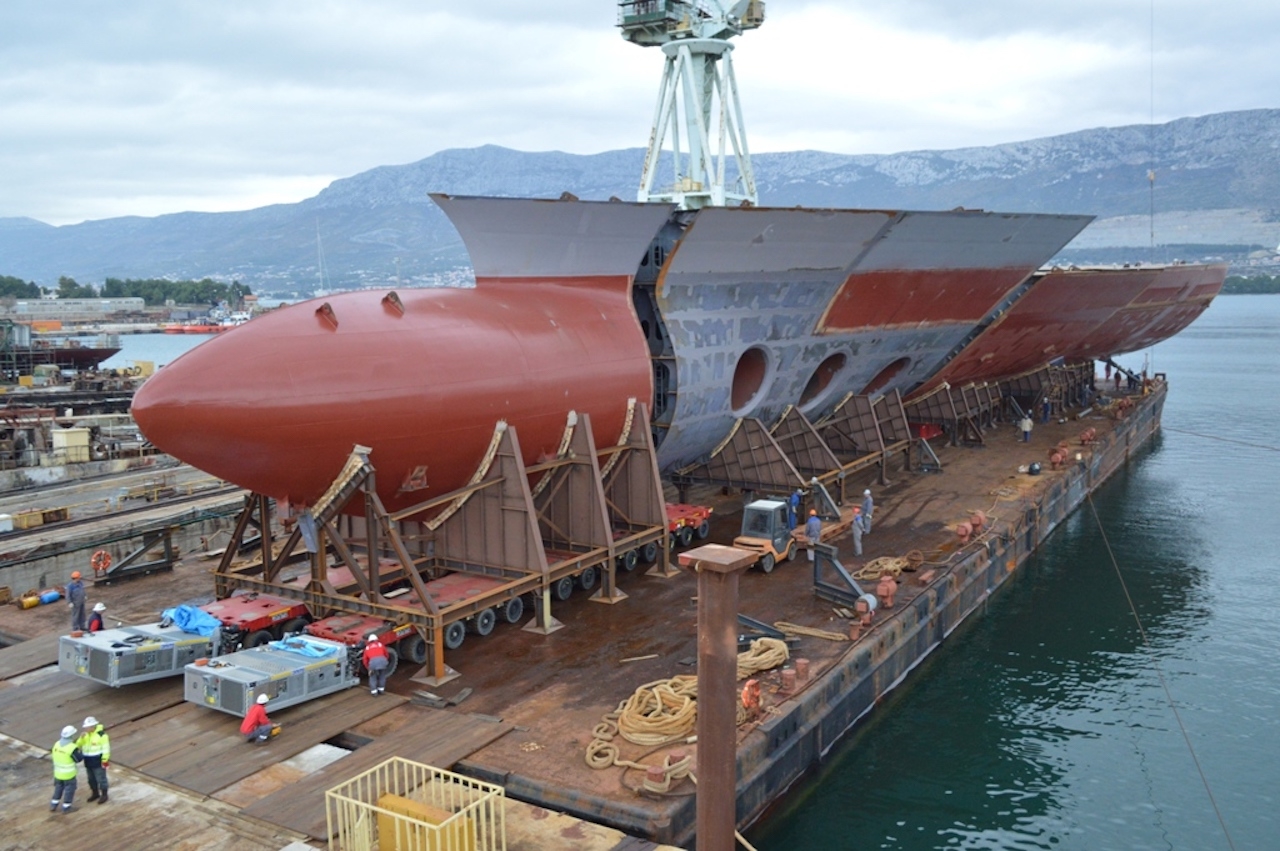 Fincantieri has awarded two new contracts to Brodoplit for the construction of fitted sections for the mega cruisers being built in its Italian shipyards.

The first contract concerns the construction of several sections weighing over 1,200 tonnes that are equipped with pipe fitting and locksmith components as well as electrical routing with delivery scheduled in the first half of 2019.

This includes the front part of the hull, which will be loaded on a barge and towed to the Italian shipyard where it will be mounted on the ship.

With the second contract, Brodosplit has been awarded a project for building the central section of the ship whose overall length is over 100 metres and weighs over 3,000 tonnes, with a delivery deadline in the second half of 2019.

The construction will be watertight on both sides and self-towed to the Italian shipyard.

On the basis of the above-mentioned as well as other contracts which are in preparation, Brodosplit said it would generate more than €5 million (US$5.8 million) monthly income, which will bring a profit of €67.7 million per year in the period from 2019 to 2025.