FEATURE | Flags of convenience and the coronavirus cruise ship debacle 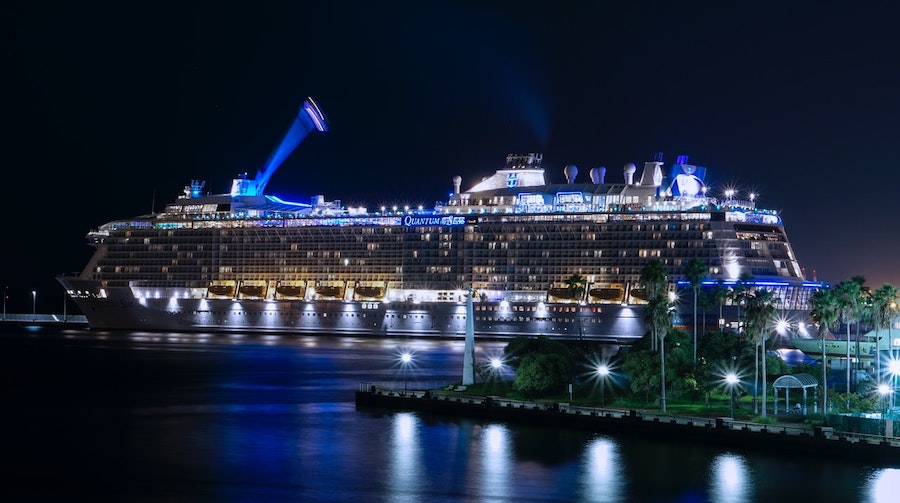 Covid-19 has shone a spotlight on accountabilities and practices in the international cruise ship industry. Until now, the developed world has been in love with the industry, which has been growing at 15 per cent per year, offering a range of experiences from small luxury vessels cruising the Antarctic to floating parties in tropical climes. But the pandemic has shown that cruise shipping is essentially an unregulated industry that has thrived in an environment lacking rules. Will Covid-19 change that?

More than 100 cruise ships with thousands of crew on board are currently sitting off the coast of the United States. Most ships of this size are potential hotspots for Covid-19 – they house large numbers of people in close confines, with little ability for social isolation. The US Navy is grappling with the same problem with the aircraft carrier USS Theodore Roosevelt in Guam, but, unlike the military, the cruise ship industry isn’t an instrument of state and companies have been resisting government pleas for them to leave and return to their home ports.

One of the reasons nations struggle with managing ships in their waters is the practice of using flags of convenience. Under longstanding maritime law, all ships must be registered to a nation-state. Flying a flag of convenience is a practice that enables a ship to be owned and operated by a company in one nation but registered in another. Often, these ships are registered in a country that doesn’t have the means to support them in remote corners of the world and that offers cheap registration with minimal regulation of safety and employment conditions.

The practice of using flags of convenience began during the Prohibition era when the US banned the transport of alcohol for human consumption and shipping companies looked for alternative business options. That period extended from 1920 until 1933 and led to many shipping companies registering their vessels in Panama in an attempt to bypass the legislation.

Flags of convenience became more widely used following World War II with the expansion of the maritime trade. By offering registration as a commodity, several small nations saw opportunity in providing low registration fees, relaxed regulation, an easy registration process, and reduced standards surrounding inspection, employment and other conditions. These nations include well-groomed tax havens like Bermuda and states like Liberia, Sierra Leone and the Marshall Islands. Many of these countries have little to no ability to control the behaviour of the ships’ owners or captains.

In cargo ships and oil tankers, the practice facilitated the hiring of crew from international labour pools without the need to adhere to labour laws in home countries, such as paying the minimum wage, or to respond to seamen’s unions. Of the 100,000 British sailors registered in the 1960s, only around 27,000 remained employed by the mid-1990s. At that time, there were around 1.3 million seafarers drawn from places with cheaper labour costs such as the Philippines, Indonesia, South Asia, Russia and Ukraine.

In addition, merchant shipping has required fewer and fewer crew over time – a 100,000-ton bulk carrier today may have only 15 crew members on board. Self-isolating 15 individuals on a ship up to 450 metres long isn’t a problem compared with trying to quarantine the huge numbers of people travelling and working on cruise ships.

It was the ever-expanding cruise ship industry that garnered the most advantage from flags of convenience, primarily to minimise labour costs. A ship carrying 4,000 or 5,000 passengers needs hundreds of crew to feed, service and pamper what amounts to the population of a small city.

The cruise industry operates on fine margins. On average, the revenue per passenger on a typical cruise is US$1,791 and expenses are around US$1,564, a margin of 12 per cent. Without passengers, few of the expenses can be offset, so there’s no motivation to sail the ship halfway around the world to a home port without passengers.

As we’ve seen during the Covid-19 crisis, if a port won’t allow the crew ashore, and the owners won’t pay for them to return home, the ship and crew are stranded at sea like some 21st century Flying Dutchman. Many of the crew are under contracts that provide for travel home only two or three times a year. They are now in lockdown on board these ships, with no obvious way home. What effect will that have on their mental and physical health?

The pandemic has raised serious questions about the practice of using flags of convenience. Should we continue to allow the cruise industry to operate in the shadows without rigorous regulation and oversight? Or is it time to end the practice and return to requiring ships to be registered in the nation-state of the company that owns them?