Written by Baird Maritime on October 31, 2018. Posted in Cruise. 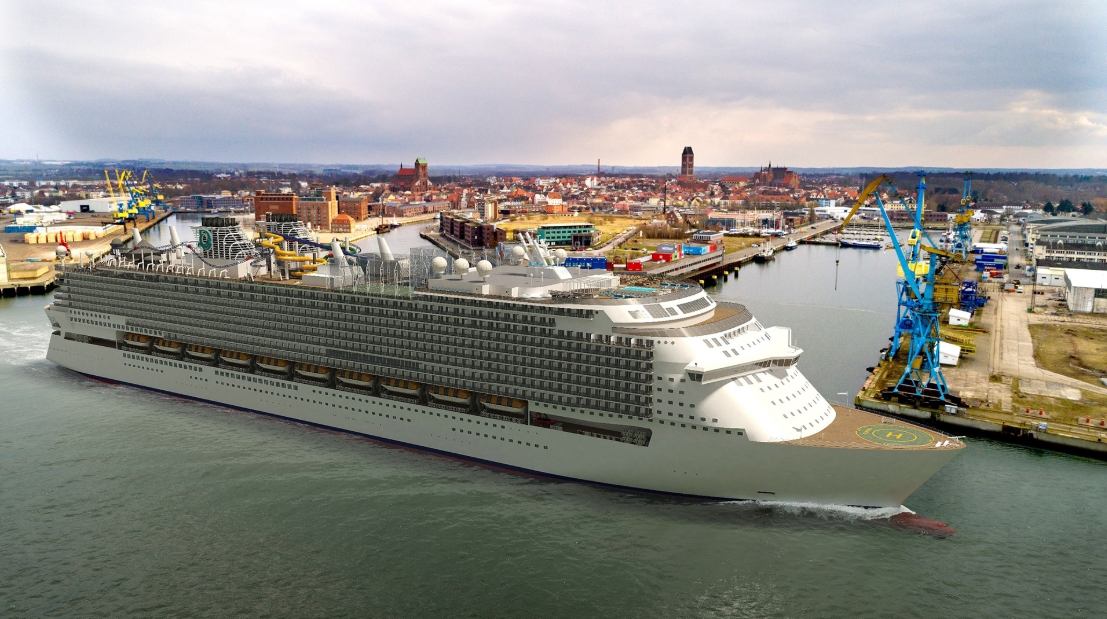 Deltamarin and Elomatic, both from Turku, Finland, have signed an agreement with MV Werften Wismar for the basic and detail design of a second Global class cruise ship.

The vessel will be built in parallel in Wismar and Rostock, Germany. The contract was signed on Friday, October 26, and design work has already commenced.

The vessel is the second in the series of Global class ships. These vessels are some of the world’s largest cruise ships.

When the first vessel is completed, it will be the largest ever built in Germany.

The second vessel being designed will be approximately 342 metres long and 46.4 metres wide with a GRT of 204,000.

The ships are designed specifically for the Asian market and can carry up to 9,500 passengers.