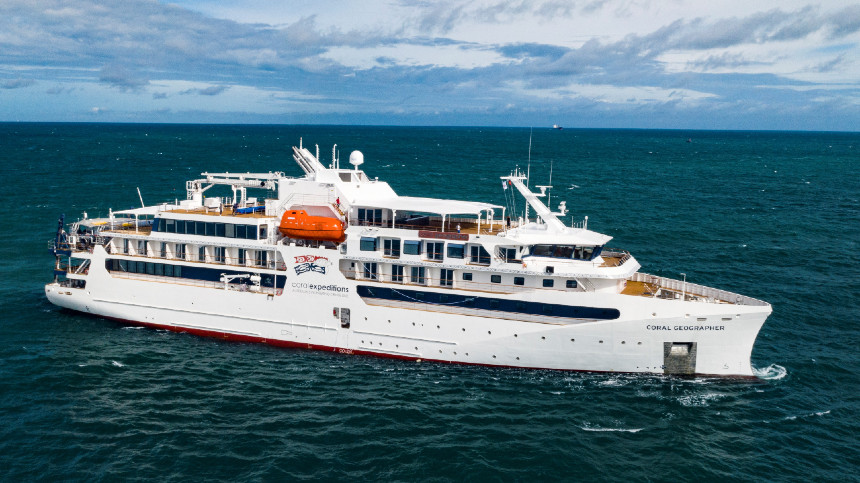 Coral Geographer is the second vessel in a series to be built by Vard for the same operator. The first vessel, Coral Adventurer, was delivered in 2019.

Coral Geographer‘s maiden operational voyage will start from Cairns, Queensland, at the end of March.

The vessel’s design was developed by Vard Design in Norway in close cooperation with the customer. It has been specially tailored for personalised expedition cruises to remote destinations in Asia and Oceania.

The newbuild has an LOA of 93.7 metres, a beam of 17.2 metres, and accommodation for 120 guests. These include staterooms with open balconies and vast public spaces.

The interior and ventilation systems were provided by Vard Accommodation.