Written by Baird Maritime on March 5, 2019. Posted in Cruise. 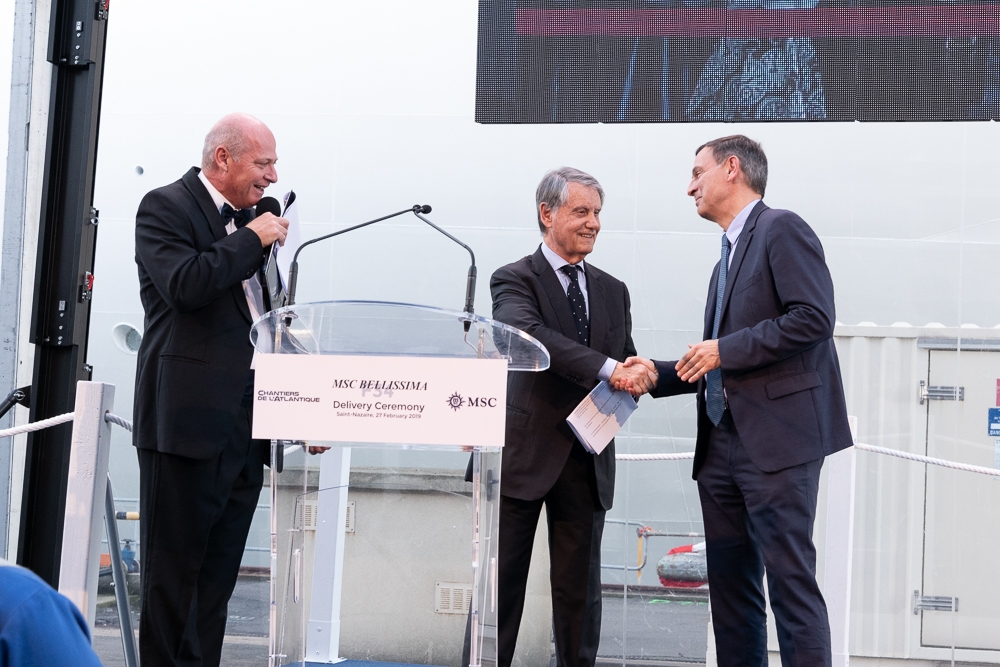 The ship then proceeded to Southampton for its official naming ceremony on Saturday, March 2.

The 315- by 43-metre newbuild is the second Meraviglia-class ship to join the MSC Cruises fleet. It is slated to depart on its maiden voyage within the month, sailing to Genoa, Italy, and cruising through the Western Mediterranean.