Written by Baird Maritime on December 10, 2018. Posted in Cruise. 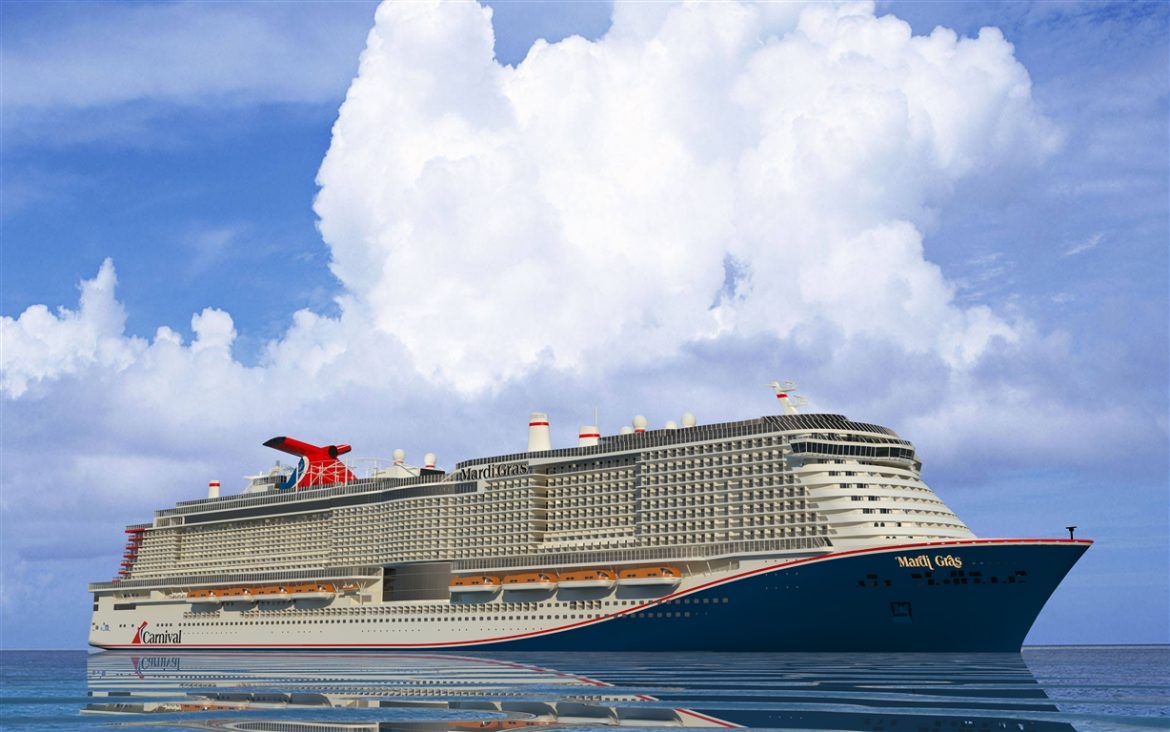 Carnival Cruise Line’s largest ever ship and the first North American cruise ship to be powered by LNG will be named Mardi Gras, the company said in a statement dated December 5.

At 180,000 tonnes, the new vessel will be more than six times the size of the first Mardi Gras, Carnival Cruise Line’s first ship, which entered service in 1972.

The 5,200-plus lower berth vessel is currently under construction at Meyer Turku Shipyard in Finland.