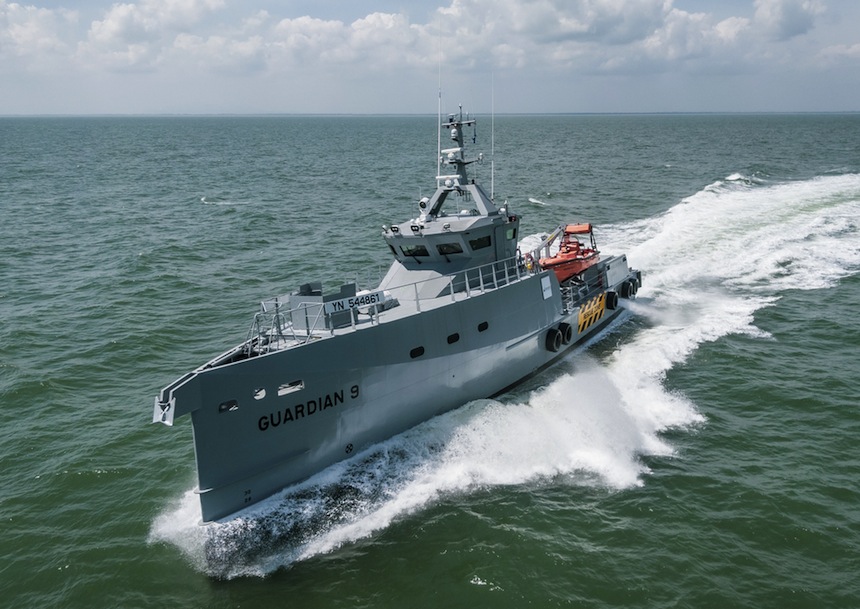 Homeland Integrated Offshore Services (HIOSL) was founded in 2006 to support the international oil companies operating in Nigeria’s offshore oil and gas fields by providing a wide range of services both onshore and offshore.

13 years later, it operates a sizeable number of vessels that includes fast supply intervention vessels, platform support vessels, anchor handling tug supply ships, security and patrol vessels, tugs and other craft. Homeland is one of just a few indigenous private maritime security companies in Nigeria with a valid memorandum of understanding with the Nigerian Navy for the provision of security services.

The latest additions to the fleet have arrived safely in Nigeria and are now being prepared for their first assignments. The addition of these two patrol vessels brings improved capability to Homeland’s squadron of Damen-built vessels.

These are deployed in the Gulf of Guinea to protect and support the offshore assets of Homeland’s clients, which include many of the leading international oil companies.

The two new arrivals have been built to the same proven specifications as their sister ships. Key features of the 33-metre vessels include Damen’s axe bow hull form that delivers improved fuel economy and a top speed of 29 knots, together with high manoeuvrability and effective seakeeping. 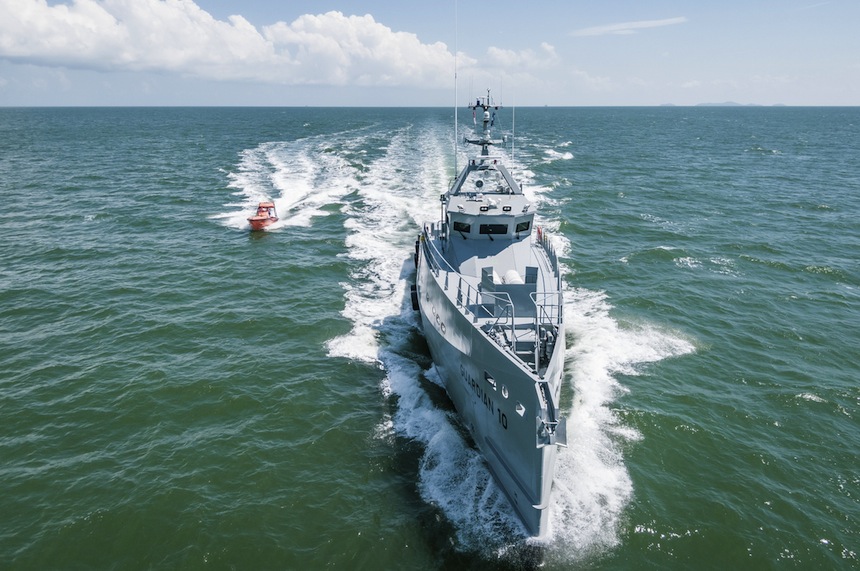 The power comes from three Caterpillar main engines totalling 3,579 bkW with each driving a fixed pitch propeller via a Reintjes WVS series gearbox. Capable of accommodating up to six crew and twelve security personnel they can remain at sea for up to four weeks and travel 1,200 nautical miles in and around Nigeria’s coastal and offshore oil fields.

The security packages installed on both vessels are purely defensive. The bridges are bullet proof and armoured “citadels” within the hulls protect non-combatants.

Like their sister-ships, Guardian 9 and Guardian 10 will be able to accommodate up to eight security personnel together with their equipment alongside the six crew and fifteen seats for crew transfers.

In addition to their security role, each patrol boat has a 75m² cargo deck aft rated at 2.5 tonnes/m² that adds an additional level of versatility and cost effectiveness to the benefit of Homeland’s clients. 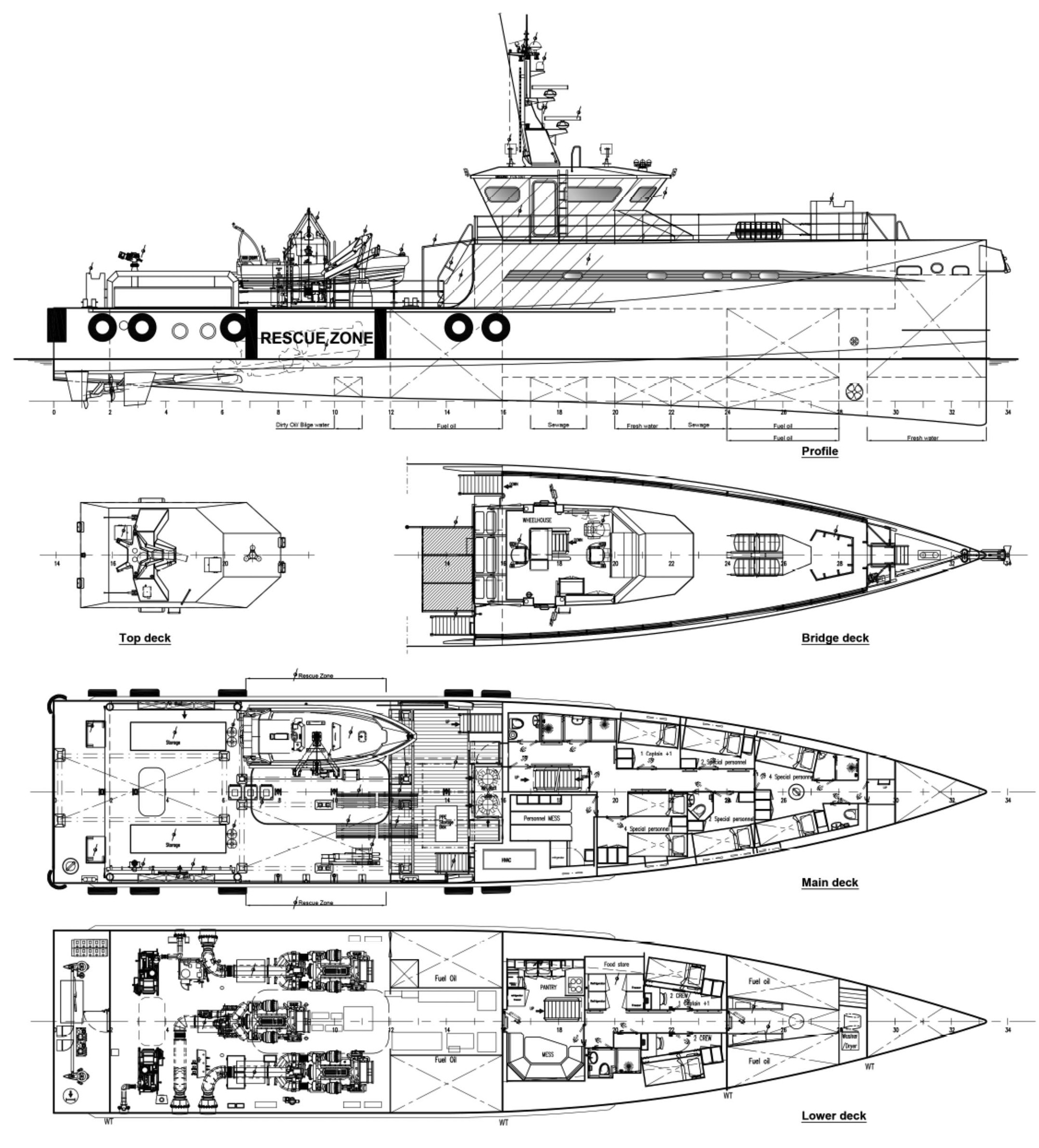