Written by Baird Maritime on June 22, 2017. Posted in Offshore World. 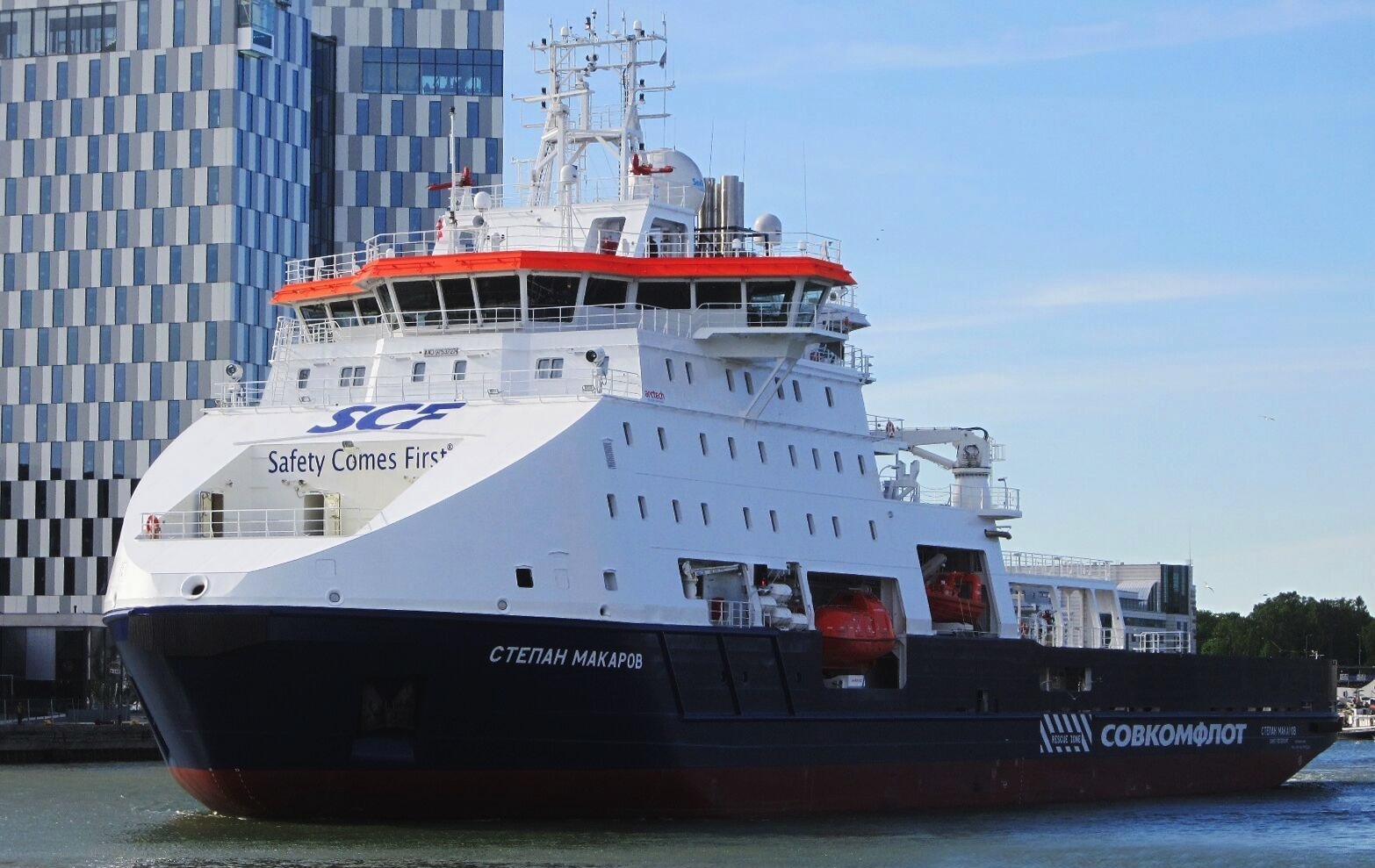 The SCF Group’s new multifunctional icebreaking standby vessel (IBSBV) was named Stepan Makarov at a ceremony on June 15. The vessel was constructed at the Arctech Helsinki Shipyard and was commissioned under a long-term agreement between SCF and Sakhalin Energy for the Sakhalin-2 project.

Stepan Makarov will have Saint Petersburg as her home port and is registered under the Russian flag. The main tasks of the vessel are to ensure the safety of personnel on the offshore oil and gas production platforms of Sakhalin Energy in the Sea of Okhotsk, and to respond to emergency spills at sea.

She is the first of three IBSBVs commissioned by the SCF Group for operations at the Sakhalin-2 project. The fourth ship commissioned by SCF for this project, an icebreaking supply vessel Gennadiy Nevelskoy, has already been delivered and arrived at Sakhalin Island in April 2017. The agreement between SCF Group and Sakhalin Energy, signed in 2014, involves the operation of all four vessels for twenty years under the Sakhalin-2 project.

The Russian Maritime Register of Shipping assigned an ice class of Icebreaker6 to the new vessel, which was named after a Russian admiral and a polar explorer who played a prominent role in establishing the Russian icebreaker fleet. He introduced the idea to use icebreakers for Arctic Ocean exploration, and was directly involved in the design and construction of Yermak, the world’s first Arctic icebreaker (1898).