Revenue up 72 per cent, OSV utilisation up 26 per cent at Bumi Armada

Written by Baird Maritime on August 28, 2017. Posted in Offshore World. 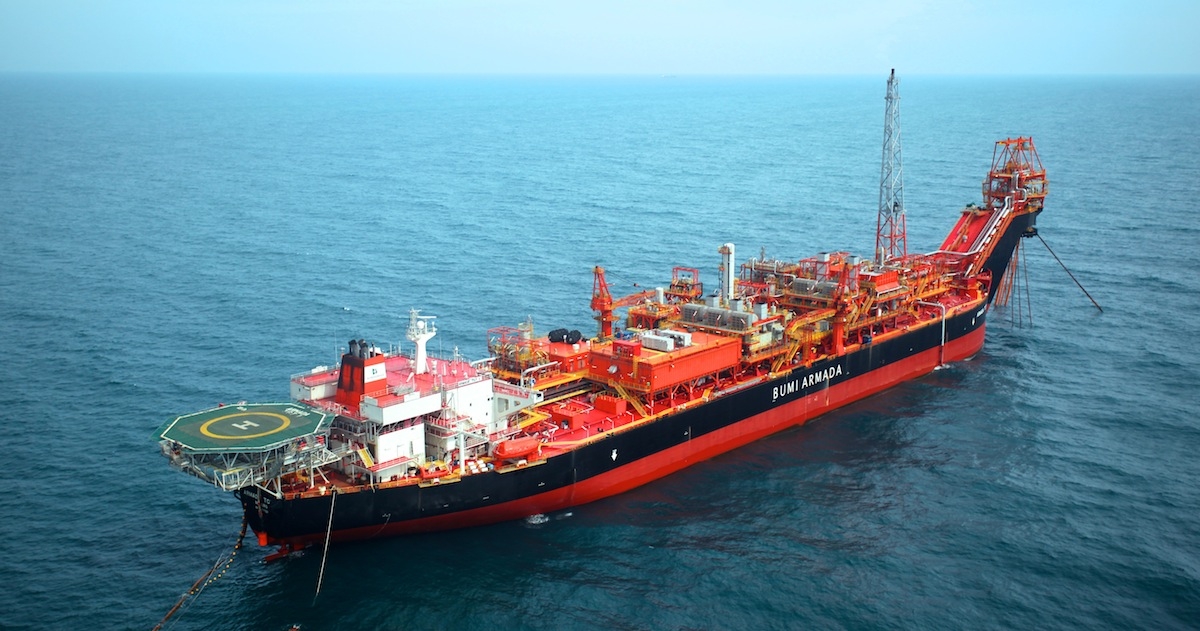 The FPO business segment revenues in Q2 2017 increased by 116.9 per cent year-on-year to RM337.6 million, due to higher revenue from the Armada Olombendo FPSO and the Armada LNG Mediterrana FSU respectively, as well as the absence of supplementary payments to the charterer of the Armada Kraken FPSO, which impacted Q1 2017 revenue.

OMS revenue in Q2 2017 saw a 44.3 per cent year-on-year increase to RM356.8 million, due to higher revenue from the LukOil project. OSV utilisation in Q2 2017 improved to 53 per cent from 42 per cent in Q1 2017, helped by increased activity post-monsoon season, and the sale of four older vessels during the quarter.

As the new large projects started to come on-stream in Q2 2017, so did the project finance obligations related to them, and as a result, the group saw a substantial increase in its financing costs. Contributions from joint ventures were lower on a year-on-year comparison, primarily due to the lower level of project conversion activity, and resulting lower conversion income, on Karapan Armada Sterling III in Q2 2017 as compared to Q2 2016.

“The improvements in the second quarter performance highlight the ongoing recovery in the group, despite the relatively subdued market conditions,” commented Leon Harland, Executive Director and Chief Executive Officer. “The FPO business is ramping up as our new major projects have come on-line and are contributing positively.

With Karapan Armada Sterling III FPSO in Indonesia having passed its 72-hour test since the end of Q2 2017 and starting to contribute as well, we will further improve the income streams for the group in the second half of 2017 and will complete a challenging, but progressive transformation year in our FPO business unit.

“Within the OMS business unit, the SC results in Q2 2017 were stronger on the back of good performance in the pipelay activities in the Caspian Sea, and with the recently announced supplementary contract from LukOil, we have secured additional work with an existing client. The OSV business registered a recovery in vessel utilisation as some vessels in South East Asia went back to work, post-monsoon.

We will bid on new FPO projects and have been progressing our efforts on selected tenders, and we expect to see decisions over the course of 2018.”