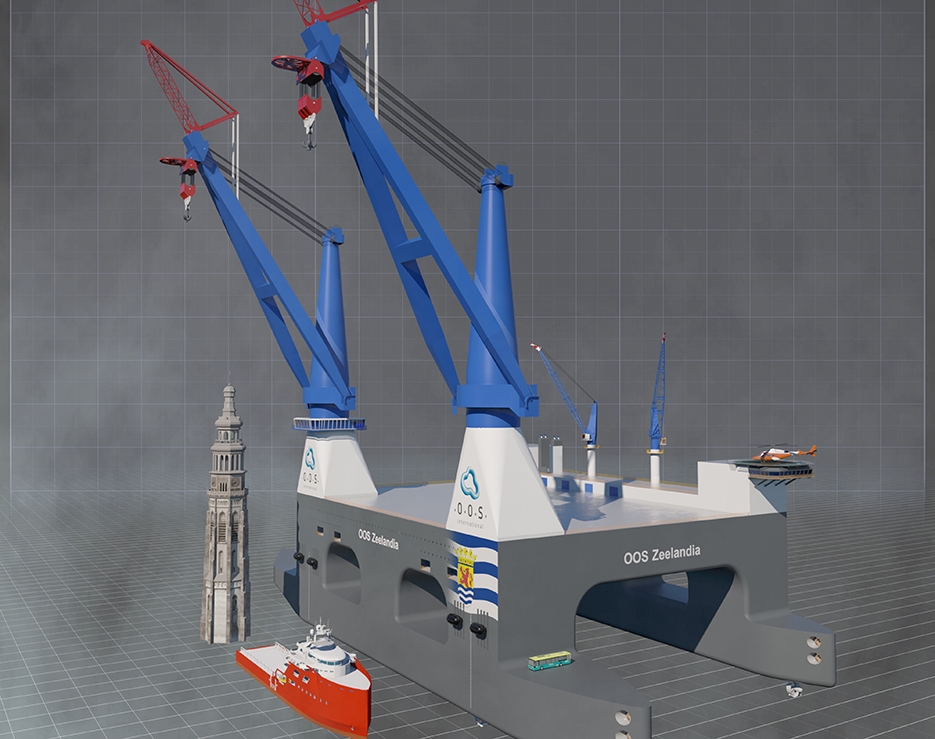 The OOS International Group in the Netherlands has signed a memorandum of understanding with China Merchants Industry Holdings to construct the world’s largest semi-submersible construction vessel.

The basic design of the 225-metre-long and 117-metre-wide OOS Zeelandia has been under way for some time.

Suitable for platform removal and installation in deep water and equipped with two 12,000-tonne capacity cranes, the dynamically positioned SSCV will also have a DP work bridge capable of rotating through 360 degrees.

OOS Zeelandia will be an ICE-class 1B unit with engines capable of burning liquefied natural gas and reaching a transit speed of 15.4 knots.