Written by Baird Maritime on April 11, 2018. Posted in Offshore Renewables. 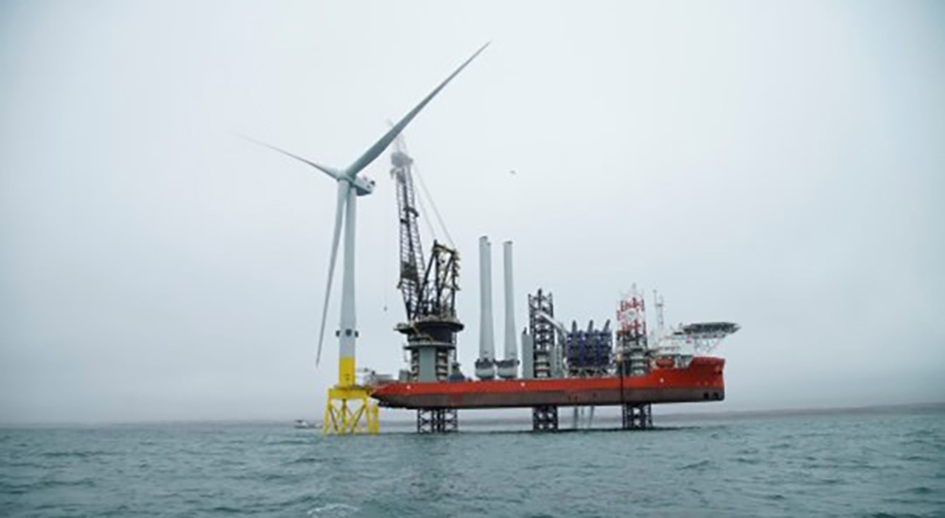 The MHI Vestas 8.8MW turbine is the first of two of that size to be deployed at the facility in Aberdeen Bay.

Together with nine 8.4MW turbines, this boosts EOWDC’s output to 93.2MW, which is the equivalent of more than 70 per cent of Aberdeen’s domestic electricity demand. It also annually displaces 134,128 tonnes of carbon dioxide.

The installation comes less than two weeks after the first of EOWDC’s suction bucket jacket foundations was installed.

They are being transported from Esbjerg to Aberdeen by Swire Blue Ocean’s vessel, Pacific Orca, where they will be lifted into position on the installed foundations.