Built by Denmark’s Esbjerg Shipyard to an ESNA design, Sea Puffin 1 is the first of a new generation of high-performance daughter craft based on surface effect ship (SES) technology.

The vessel creates an air cushion between the two catamaran side hulls and rubber skirts forward and aft. A centrifugal air fan, positioned in the “nose” forward of the deckhouse, blows air into this cushion and provides an overpressure that lifts the vessel out of the water. 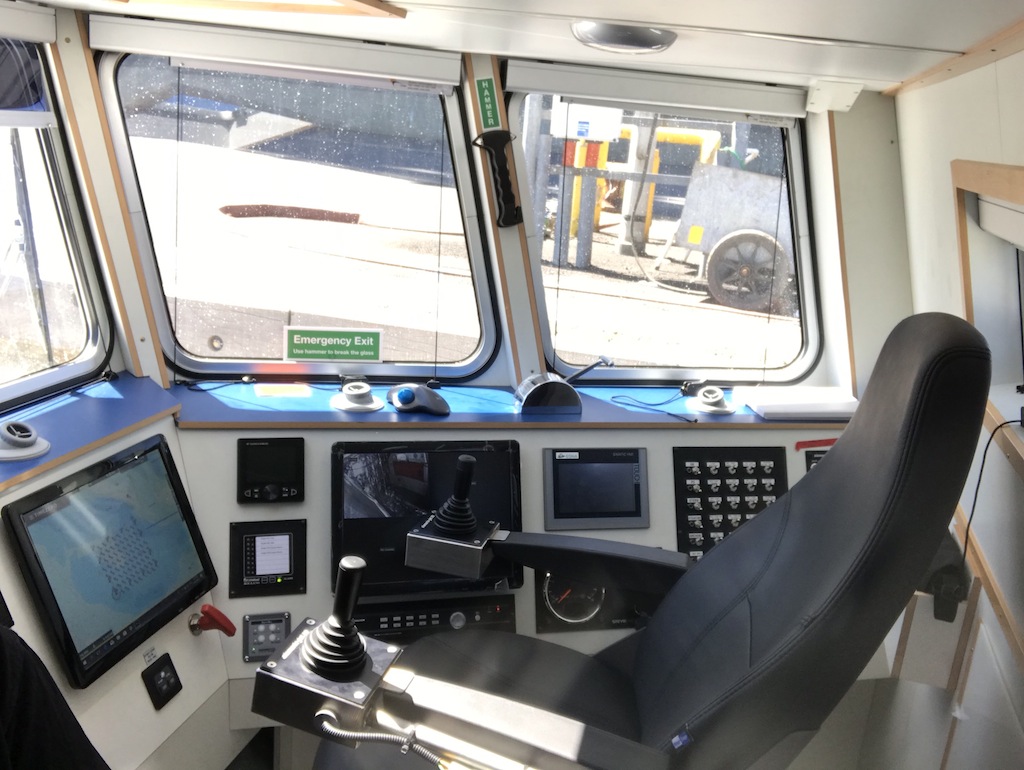 Typically, up to 80 per cent of the vessel weight is lifted by this air cushion. This principle greatly reduces vessel resistance and provides low fuel oil consumption during transit.

The design was developed by Norwegian design office ESNA, which also supplied the SES equipment and the control system that governs it.

When accessing wind turbines, the ESNA control system uses the air cushion to efficiently dampen the heave motion of the vessel. This reduces vertical motion of the vessel and allows turbine access in significantly higher wave heights than other vessels of the same size. 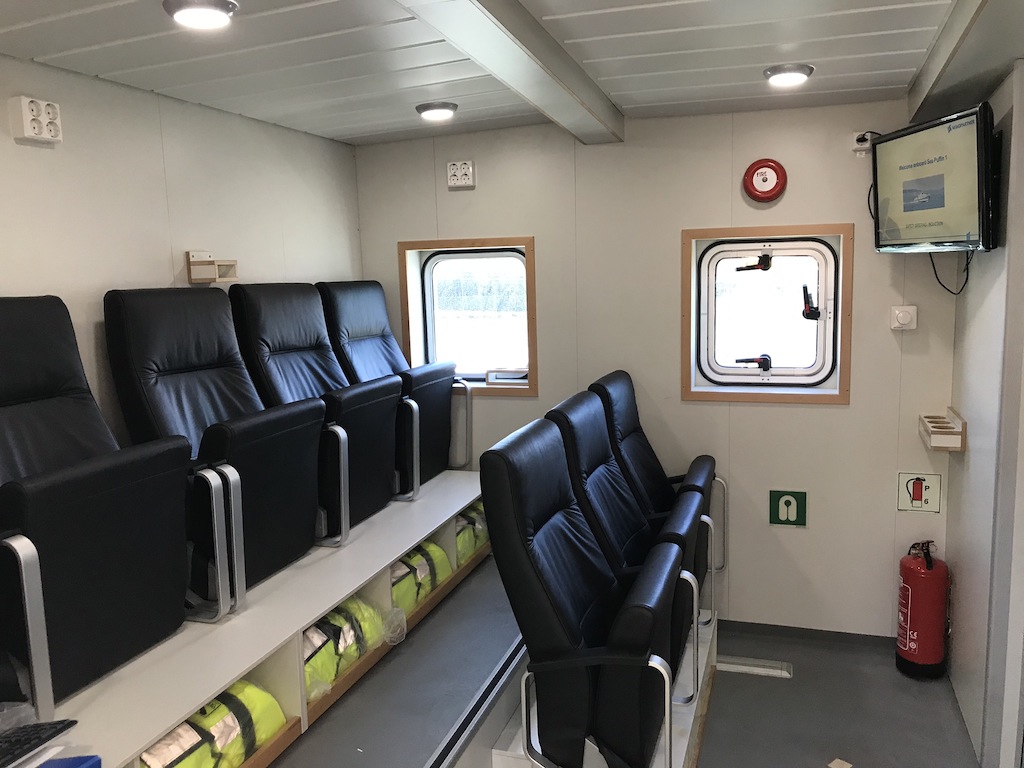 Supplied with a single-hook and painter line systems for davit lifting operation, the vessel can be lifted on to and operate from a SOV, platform or other mother ships. She is also fully IACS classed so that she can transit to port with technicians and cargo.

The owner WindPartner and designer ESNA have a long-term cooperation agreement with plans to build a series of this vessel type over the next few years. 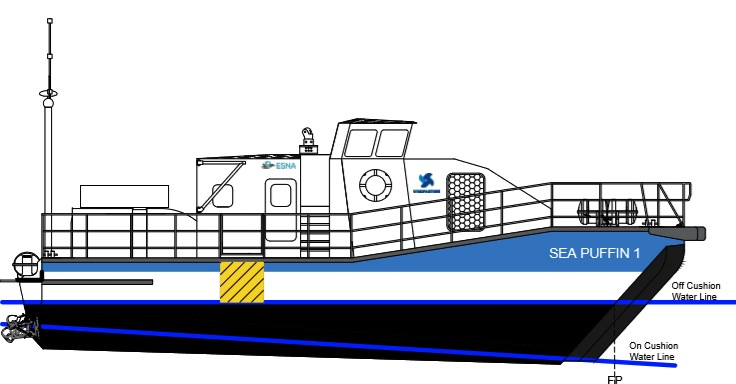