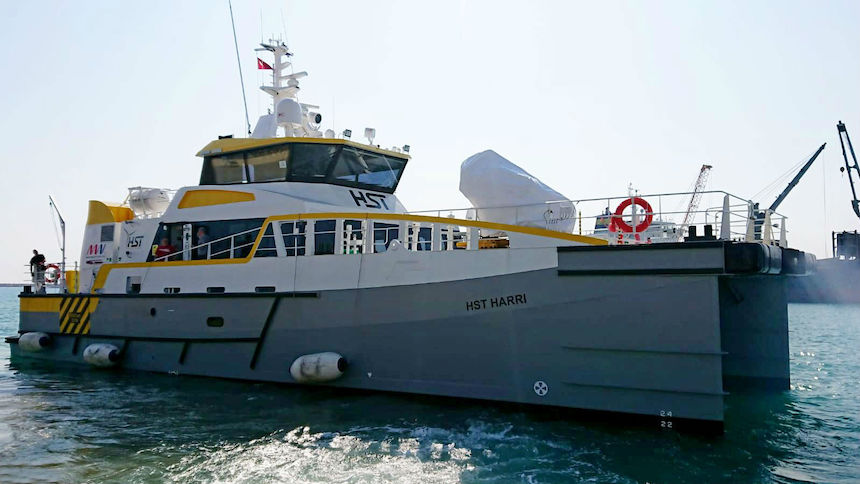 Named HST Harri, she joins the HST Hudson, delivered in May 2018, and the HST Sofia, which was handed over in March this year. The fourth in the series, to be named HST Euan, is currently nearing completion for delivery in December.

HST Harri is booked to start immediately on a five-year contract in the North Sea with wind farm operator MHI Vestas, where her duties will be the support of the construction and maintenance of an offshore wind farm, transporting and safely transferring technicians and material. HST Euan will join her upon completion.

The design builds on the success of its successful predecessor, incorporating all the feedback and experience gained from its operations. While only one metre longer, it is capable of carrying 26 passengers, twice as many as the previous design, and can operate in wave heights of more than two metres due to an extra metre of freeboard. Additional features include more flexibility, more tank capacity, greater deck space, increased comfort and more accommodation.

According to Damen, the most important challenge for the design was to increase the operational window whilst also providing a far more comfortable vessel for the technicians.

The design was developed in close cooperation with the offshore wind industry, with involvement of vessel operators and wind farm operators in all stages of the design. The result is a fit-for-purpose vessel combining the expertise of builder and users of the vessel.

HST Harri is fully compliant with the MCA High Speed Offshore Service Craft regulations to allow it to transport 26 technicians in this set-up, compared to a maximum of 12 technicians that existed before the HS-OSC rules came into force.

With the high operability of the vessel, resulting from the twin axe design, increased wet deck clearance and high bollard push, the number of weather days is reduced, therewith lowering the total logistical costs for the wind farm operator whilst making it easier to plan the maintenance, which further enhances the logistics.

Damen told Baird Maritime the biggest challenge during the built was to incorporate the operational feedback of HST based on the two yard numbers in operation, in combination with a set delivery date to allow the vessel to enter into contract right on schedule.

HST Harri is propelled by a twin fixed pitch propeller system, driven by Caterpillar C32 engines via a two-speed gearbox, which delivers high propulsive efficiency during transit and a high bollard push for transfers.

The electronics are powered by two diesel driven generator sets. The vessel is fitted with a remote monitoring system, allowing a live connection with the vessel from shore in combination with data storage of, for example, fuel consumption of main engines and generator sets.

HST Harri is fitted with a hydraulically driven deck crane of 20 tonne-metre capacity, and an electrically driven anchor winch. She also features a fuel cargo system located at the foredeck. 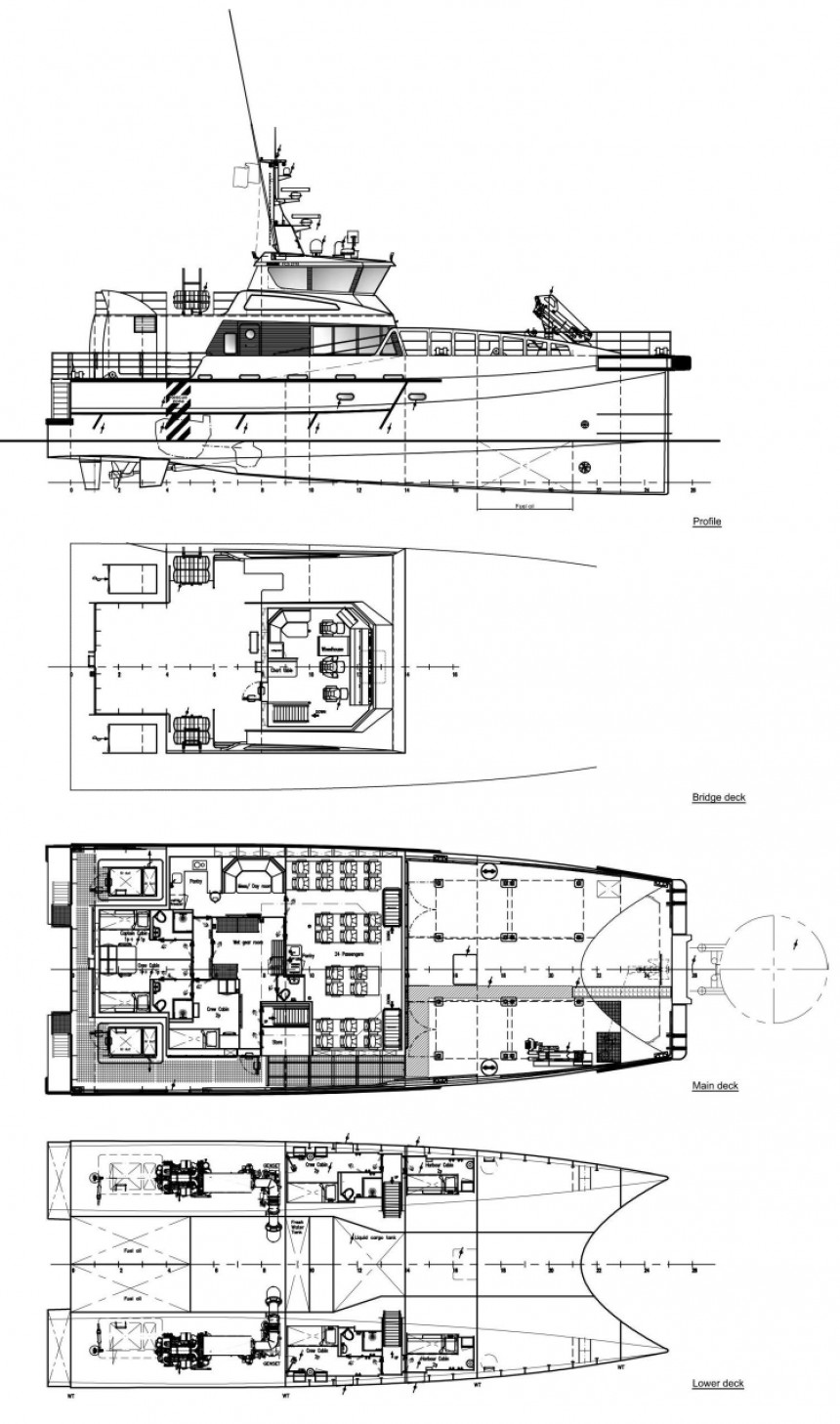