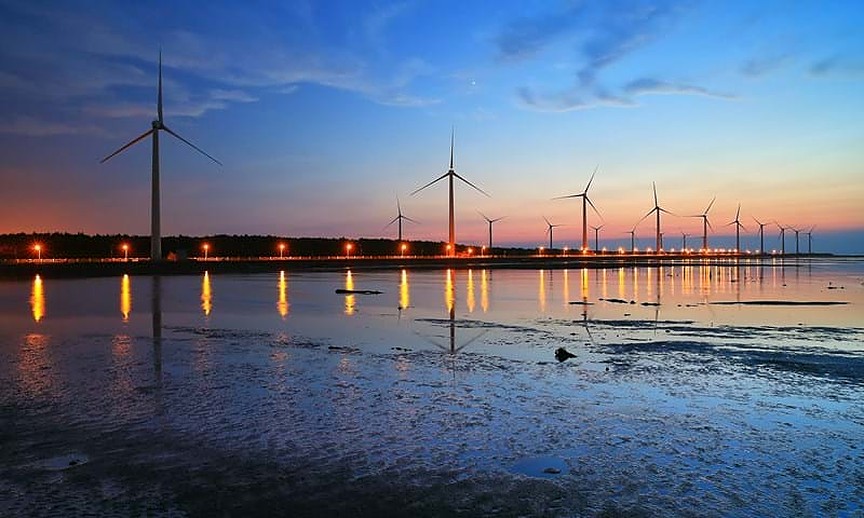 Where will investors in offshore oil and gas look as the energy transition starts to take hold? While the oil and gas sector remains the largest for the offshore supply chain, we expect the offshore wind market to grow more attractive for traditional oil and gas players. 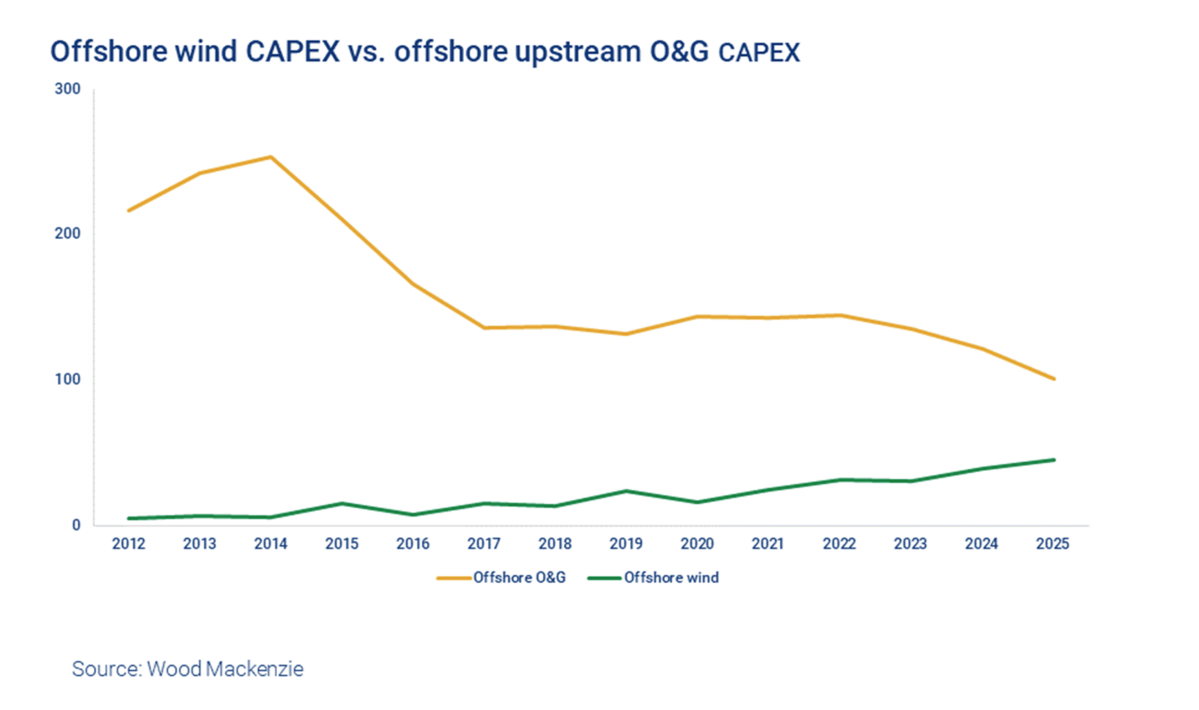 How do offshore oil and gas and offshore wind compare for investors? Here are three factors to consider.

The transparency and certainty of offshore wind is high because deployment is largely tied to government incentives. In fact, 82 per cent of the forecast offshore capacity to 2025 has been awarded a support scheme or is in more advanced stages of development.

Compare that to global offshore upstream oil and gas capex, where the current trend for short-cycle projects lowers the visibility and certainty of investment outlooks beyond 2022.

2. The offshore wind supply chain is entering a period of transformative growth

Offshore wind projects are changing; the offshore wind supply chain will have to change with it. The number of project interfaces – the supply deals associated with a project – is both broadening and decreasing, while the size of projects and contracts is growing. Project sizes and clusters of projects will increase by 63 per cent by 2025. To win these larger deals, smaller supply chain players are consolidated to create companies capable of capturing the larger work packages. Moreover, the larger work packages are also attracting the larger O&G players to the offshore wind industry.

Meanwhile, changes in project characteristics (the scale, complexity, water depth and distance from shore) change the way in which capex is distributed along the value chain and intensifies requirements to equipment and production capabilities.

Investors follow the money. That was the lure of US tight oil, with average project returns of around 30 per cent. And even at US$55-60 dollars per barrel of oil, most new offshore oil and gas projects are making double-digit returns. So, why would an investor instead choose an offshore wind project with single-digit returns?

There’s more work to do to make renewables projects attractive, even economic, to the mainstream of investors. But, any investment in the oil and gas sector is now subject to “energy transition risk”, which encompasses falling demand for oil, the potential cost of the carbon intensity of assets, and more. There’s also a real possibility that both upstream project returns and renewables project returns will evolve, taking into account changing cost of capital, government subsidies and technology development. In the context of the energy transition, we expect offshore wind to become an attractive low-risk investment, particularly to carbon-heavy portfolios.

Offshore wind isn’t a deepwater game – yet. Today most activity is clustered on the offshore shelves around Europe, China and South Asia, with North America catching up. What’s got the attention of many oil and gas investors is the large potential of offshore wind and the fact that the wind developments are sited in the mature, well-established upstream areas they already know well. It’s conceivable that there will be a point of convergence in those regions in the 2020s where offshore wind investment will match oil and gas.

Since joining MAKE in 2014 (before it was acquired by Wood Mackenzie in 2017), Søren has tracked, analysed and forecasted value chain dynamics, technological advancements and the market outlook of the global offshore wind industry. He is based in Wood Mackenzie's Aarhus office and holds a MSc in International Business and a BSc in Economics and Business Administration from Aarhus BSS.