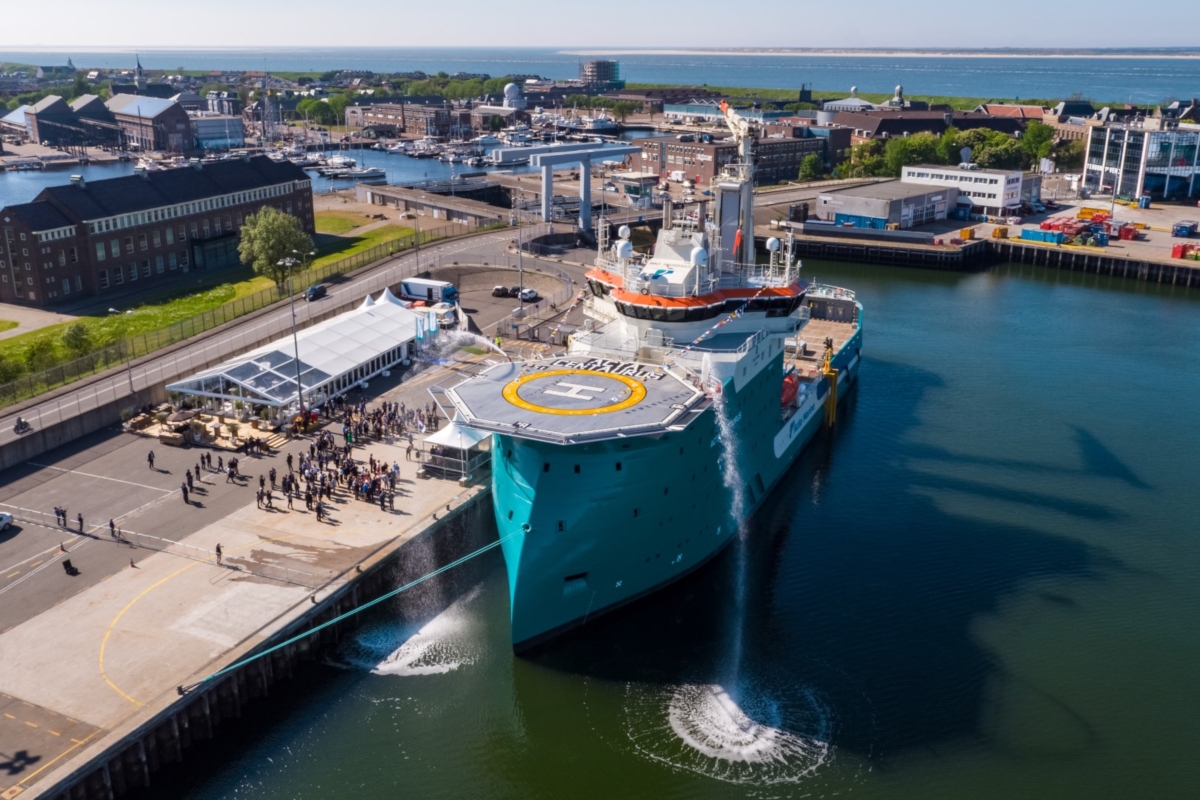 The vessel was delivered from Ulstein Verft in April and has already completed work for Dutch energy company ONE-Dyas.

Following its christening, Acta Centaurus began preparations for its first offshore wind contract, which is for MHI Vestas.