Written by Baird Maritime on December 1, 2017. Posted in Offshore Renewables. 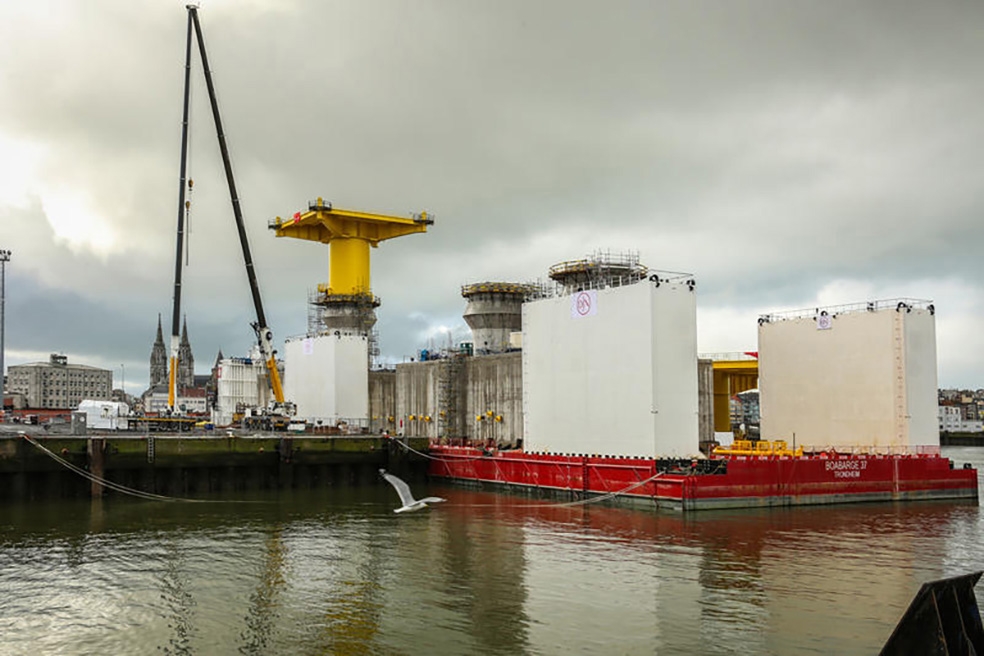 Luxembourg-based Jan De Nul said the foundations, which have a weight of 10,000 tonnes and 8,000 tonnes, will be constructed on top of a barge in the port of Ostend.

The foundations consist of a concrete part (the so-called gravity based foundations, or GBF) and a steel structure on top of it.

The steel structures were constructed at Hoboken and were shipped to the port of Ostend last weekend.

The steel structure will be placed on top of the concrete structure, after which the foundations will be ready to be transported to Denmark.

Jan De Nul is in charge of the installation of the foundations, the ballasting and the placement of scour protection.

Each section will dispose of its substation, serving both for the future Krieger Flaks offshore wind farm and as an interconnector between the Danish and German power net.

By 2022, it will start generating electricity for 600,000 households. The interconnector project is funded by the European Energy Program for Recovery.