Written by Baird Maritime on December 4, 2017. Posted in Offshore Renewables. 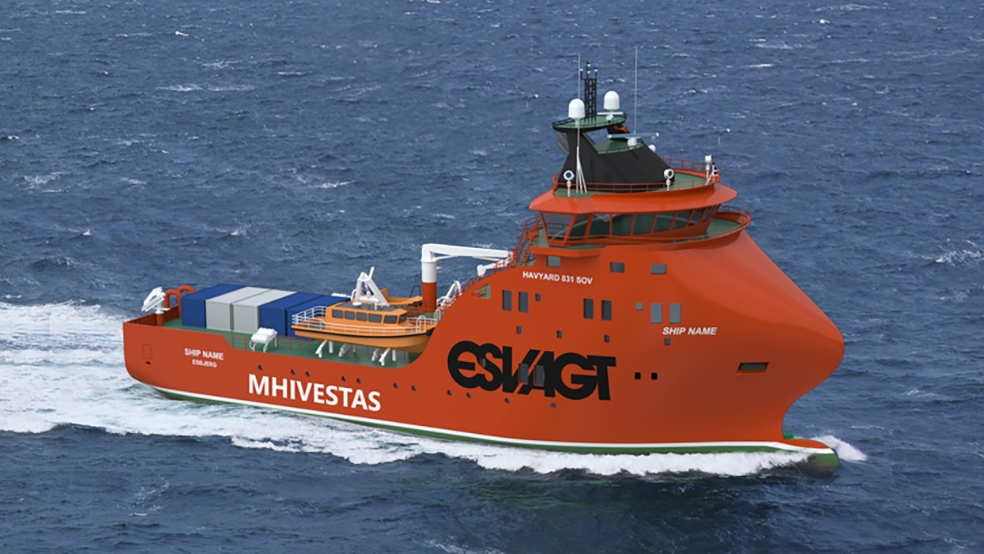 Esvagt has held a naming ceremony for its new windfarm support vessel at Ostend, Belgium.

Built at Turkey’s Cemre shipyard, the vessel will be operated by MHI Vestas to serve the Nobelwind and Belwind windfarms off the Belgian coast.

The 58.5-metre vessel is the first of two for Esvagt. The other vessel, for which a contract was signed earlier this year, is scheduled for completion by August 2019.

Accommodating 36 people, it has an operating speed of 12 knots and has sufficient fuel capacity for at least 30 days’ operation between port calls.

Powered by a diesel-electric propulsion system, the ship is equipped with three small boats that can be launched to transport service personnel to the windmills. It has also been designed with good storage capacity for equipment and tools below deck and for containers on deck.