Written by Baird Maritime on February 9, 2018. Posted in Offshore Renewables. 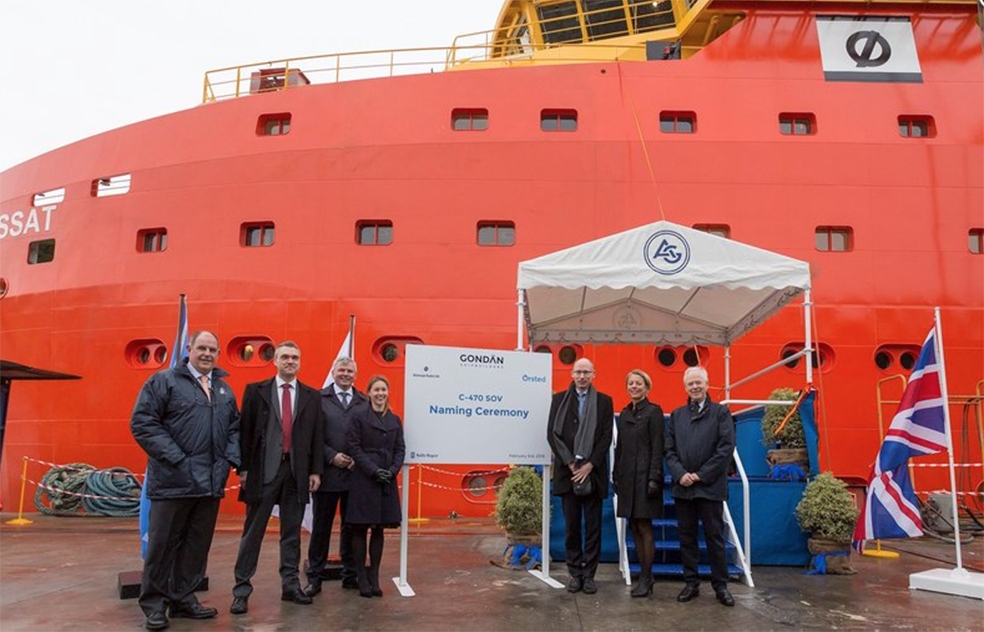 Believed to be the first SOVs built in Spain, Edda Mistral touched the waters of the Ria del Eo for the first time a day ahead of sister vessel Edda Passat.

The Rolls-Royce-designed vessels will be operated by energy company Ørsted at its British offshore wind farms. Edda Passat will be deployed at Race Bank wind farm, while Edda Mistral will work at Hornsea 1.

Accommodating up to 40 technicians and 20 crew to perform maintenance tasks, the 81-metre by 17-metre vessels are equipped with an Uptime 23-metre heave-compensated walk-to-work gangway, a 3D compensated crane and a CTV landing system with bunkering facility.

There is also a fitted 11-metre daughter craft for the safe transfer of staff to the wind turbines.